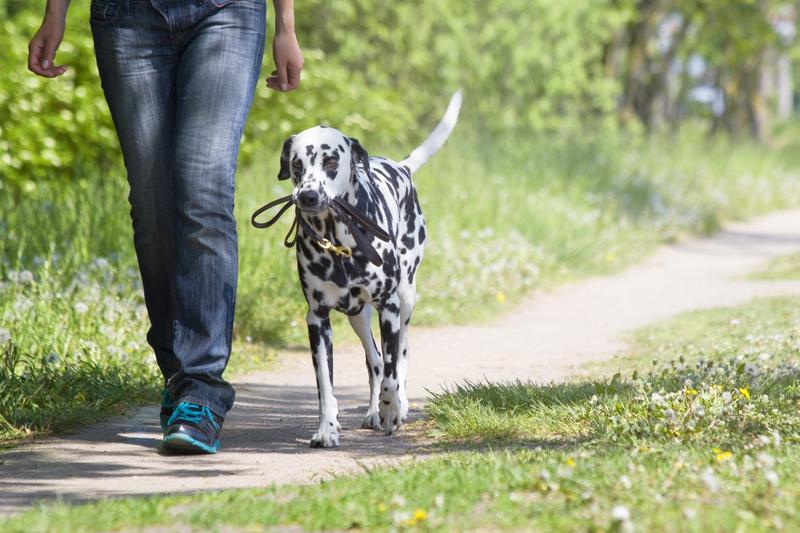 My everyday companion was a toilet bowl. I rushed to it frequently, sometimes spending hours sitting on the tile floor staring at its gleaming face in position for another surge of spewing. I was twenty-three years old, pregnant, and afraid to eat. My obstetrician said that morning sickness was normal for a woman carrying a child, but it did not feel natural to me. I tried several home remedies endorsed by experienced mothers, but still, more often than not, I was imprisoned in that little room.

One day, my husband of that time drove me to his parents’ dacha, located in the outskirts of Moscow. While my relatives were talking, I went for a walk. Strolling along the fertile cornfields and abundant apple trees, I lost a sense of time. When I returned, I realized that my walk had lasted almost three hours. I was starving! With apprehension, I swallowed a spoonful of mushroom soup. Nothing happened! Then another one – it was harmless. I finished the meal and spent the rest of my day relishing in my puking-free state. The next morning, we drove back to our apartment, located in downtown Moscow on the 19th floor of a skyscraper. I was still okay; my morning sickness returned only two days later.

Was my antidote a long walk? I wondered. The next week, I replicated the experiment. We drove to the countryside, and I went for another long walk. The outcome was identical; feeling normal, I was able to eat without any signs of revolution in my belly. For the rest of my pregnancy, I kept my wild nausea tamed by walking a few hours almost every day, whether in the city or outside of it.

Many years later, listening to Dr. Buteyko‘s talks, I learned an explanation of my empirically originated remedy. Konstantin Pavlovich, who was educated as a gynecologist and obstetrician, stated that morning sickness was an abnormality triggered by hyperventilation. This made sense to me: in the first part of my pregnancy, I spent eight hours a day in a comfy office chair, entertaining myself with snacks. I am sure that the deficiency of movements contributed to my already present over-breathing. Working with pregnant women, Dr. Buteyko established that raising the CO2 level in the lungs closer to its medical norm eliminates nausea and vomiting. He deemed walking as one of the most natural, risk-free, and productive techniques for increasing the level of carbon dioxide.

But there could have also been another explanation for my hyperventilation and feral morning sickness. That year of 1986, less than a couple of months before I got pregnant, a nuclear explosion broke out in Chernobyl. Much of the radiation was blown to the north of the country, the Baltic Sea area, where I was on vacation. After spending a delightful day hiking dunes and sandy beaches, I watched the evening news announcing the calamity. Unfortunately for many, it was broadcast a few days after the catastrophe when a radiation cloud had spread far beyond Chernobyl. After this newscast, many people attempted to escape from the affected areas. While I was flying back to Moscow in a jam-packed airplane, Konstantin and Ludmila Buteyko were sitting on a nearly empty airplane flying from Moscow to Kyiv, the city closest to Chernobyl. As soon as Konstantin had heard the announcement, he told his wife, pack our bags. We are going to Chernobyl.”

In Kyiv, Konstantin and Ludmila taught its highly stressed residents how to reduce air consumption to protect themselves from radiation sickness. Neither Ludmila nor Konstantin was affected. When an opportunity presented itself, Konstantin traveled to the restricted zone of Chernobyl. This was an unsanctioned trip organized by his local supporters. Inside the restricted zone, Dr. Buteyko divided his time between scientific observations and helping those who refused to leave the contaminated area.

The folks who rejected evacuation were mostly elderly, salt of the earth sort, for whom leaving their rural homes seemed worse than death. They belonged to the previous, stronger generation; their breathing patterns were light due to their basic lifestyle. Having remained in the restricted zone, these people continued to expose themselves to radiation. Konstantin talked to them and measured their breathing: their Positive Maximum Pauses were still sizable, and because of that, they were barely touched by radiation. According to Ludmila, Konstantin continued visiting these people, and even years later, found that some of them, now in their eighties and nineties, were still doing okay. Dr. Buteyko explained this phenomenon by their rudimentary lifestyle which contained an abundance of movements and absence of physical comfort. They were spending their days mostly in motion, doing a great deal of walking while foraging, gardening, bringing water, collecting firewood, etc. This naturally allowed those elders to maintain a satisfactory level of CO2.

Browsing the Internet, I came across the information that scientists determined that our ancestors were covering a minimum of twelve miles daily; being this active is biologically natural for Homo sapiens. If you live the way the Native American Indians used to live, you don’t need any breathing exercises – a sufficient level of CO2 will be the outcome of the active style of living. However, for a person such as I was at twenty-three (a city girl residing in a skyscraper, working in an air-conditioned office, and a hyperventilator, possibly affected by radiation), Dr. Buteyko’s advice to walk as much as possible can be life-saving. I was fortunate to discover this remedy on my own.

Clinica Buteyko’s website contains many records of extraordinary recoveries, but one of them, told by a gorgeous woman crowned with bounteous blond hair, is especially noteworthy. At the age of thirty-five, she was diagnosed with Hodgkin’s disease, a type of cancer originating from the blood. Several courses of chemotherapy delayed her agonizing pains but did not stop them. Doctors ran out of means to treat her. While at home lying in bed and mentally preparing herself for death, she thought about her breathing as ”one of a few functions still being functional” and decided to improve it. She joined a program led by a physician, Dr. Buteyko’s student. The first measurement of her breathing disclosed that she was able to stay without air only for 6 seconds. Growing CO2 was challenging and required constant efforts, but she was determined, and in about two weeks she celebrated a PMP of 20 seconds. It gave her hope for recuperation. To increase CO2 further necessitated physical activities, and she began working on strengthening her respiration and stamina to support walking. She started with a few steps a day, but after a while became capable of covering twelve miles a day. Walking, combined with reduced breathing, became her survival tool. A few months later, her medical tests demonstrated a substantial health improvement, and in several years, her doctors stated that she was healthy without any signs of abnormalities. During her video testimonial, she shared that most of the time she was now feeling like a young student, eager to jump through a few stairs while ascending a staircase. She looked radiant, full of energy, and was contemplating hiking in the mountains for a month or two.

Dr. Buteyko did not invent walking for wellness. According to some historical sources, the first known person who started using it deliberately was Herodotus, the ancient Greek scholar and the teacher of Hippocrates, the father of modern medicine. Herodotus believed that long walks could cure many diseases and recommended his patients to cover a distance of approximately 10-25 miles. These hikes healed some of his patients while others perished implementing his order. Why were the results inconsistent? From the perspective of the Buteyko method, Herodotus did not take into account the CO2 factor. For some of his patients, the hikes were effectually boosting CO2, creating a more balanced state of health, when for others, the hikes were too strenuous, and as a result, this group was losing CO2. As we know, when the level of carbon dioxide in the lungs becomes zero, a person dies. This story is a good reminder of how vital breathing measurements are when fitness activities are used for wellness.

Before Thomas became a captive of grave asthma, he was a devotee of physical training doing karate, surfing, swimming, hiking, etc. Thinking about this period of his life and knowing that his lung capacity was limited since his twenties, I assume that he was breathing through his mouth while exercising. Dr. Novozhilov shed light on this situation, stating that, most likely, Thomas’ physical activities contributed to the development of his asthma.

During the winter of 2008, Thomas had difficulties walking around our house in Woodstock, NY, ending up coughing and gasping for air. After learning from Dr. Novozhilov, he started practicing a scientific approach to his physical activities, selecting a level of intensity tolerable for his breathing and also measuring his level of CO2 before and after each workout. In 2010, his respiration became reliable enough to consider hiking, and he decided to make it the next step of his Buteyko training. It was another cold winter in upstate New York; space squeezed in between grey sky and the icy ground was filled by unfriendly wet air, but Thomas was unstoppable. Every Sunday morning we drove for 45 minutes to Minnewaska State Park and walked silently through slippery slopes and around a frozen lake. Struggling not to breathe through his mouth, Thomas walked slowly, balancing his weight with poles and frequently calling for a halt of a few minutes. After a walk, which often lasted three hours, we rushed to a local pizza place and commemorated our achievements with a glass of wine and a piece of the cheesy pie. At that moment, we did not care about the Buteyko diet; we were ecstatic that our walk was over!

Paul, one of my clients, was a retired professor. For most of his life, he had been stricken by heavy-duty breathing difficulties; in addition, he developed other ailments. The list of his meds was elongating concurrently with his life force shrinking. One day, searching the Internet for another miracle drug, he came across The New York Times article about the Breathing Center. What? I was suffocating my whole life because I was over-breathing? Dr. Buteyko’s postulate did not ring true to Paul, but he was desperate and decided to give it a chance anyway. He tried a few breathing exercises and was amazed by how well he felt afterward. Then, he took Buteyko Nreathing Normalization training.

A year later, he wrote: I can truly say that learning the Buteyko Breathing method has given me my health back. In fact, my health is now better than it has ever been. By the time I had finished the Level 1 course, I was already off of all asthma meds that I had been taking for 30 years. In that course, I learned how to change my 68-year habit of mouth breathing and went from a nearly non-existent Control Pause of 2 seconds to around 20 seconds. By the end of my Level 2 course, it had increased to 30+ seconds. I was a new man!

The air diet helped Paul to eradicate his breathing difficulties; also, his high blood pressure became more regular, and his allergies and colds almost vanished. During this year, he trained himself to walk eight miles every day, which made him CO2-wealthy and accelerated his recovery. His everyday companion became a personal gadget, tracking distances he was covering daily. What can I say? Better than a toilet bowl!

P.S.: Remember: while walking, breathe quietly and through your nose only!