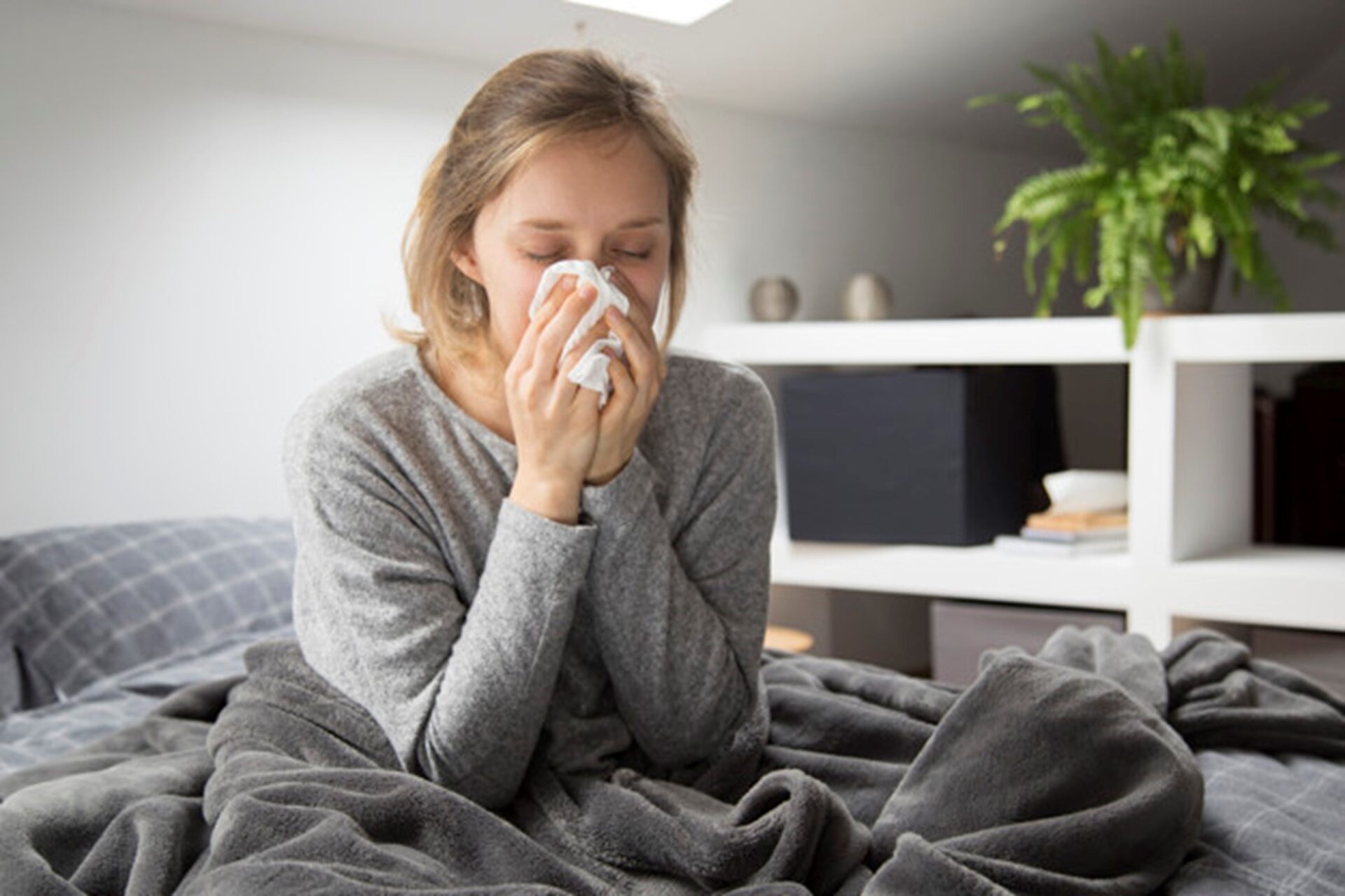 While nasal congestion may sound harmless, people who suffer from it know how physically and emotionally taxing it can be.

According to research, an astounding 1 in 4 people experiences nasal congestion in the US. Half of these people suffer from chronic nasal congestion that takes a toll on their everyday life.

Also known as a “stuffy nose,” nasal congestion is caused when the blood vessels, nasal tissues, and adjacent tissues carry excess fluid and become swollen as a result. Consequently, the person experiences a “stuffy” feeling that can exacerbate and cause sinus pain, a headache, and a high fever.

Nasal congestion can be triggered by a wide range of factors, including allergies, hay fever, environmental irritants, exposure to certain chemicals, chronic sinusitis, and nasal polyps, among others. In many cases, the cause of nasal congestion is over-breathing (hyperventilation).

When a person breathes through their mouth, the delicate oxygen and carbon dioxide equilibrium in their body is disturbed. In the case of chronic hyperventilation, the levels of carbon dioxide in the blood rapidly decrease.

The body enters a state of oxygen starvation. This rapid flux takes a toll on the respiratory, pulmonary, and cardiovascular systems. It also triggers nasal congestion. Since the person fails to effectively and adequately utilize their nasal passages, the risk of nasal obstruction increases.

It’s important to note that nose breathing significantly reduces the risk of congestion. This is because the nasal passages efficiently perform key tasks that the mouth isn’t biologically designed to handle.

As cold, unfiltered air enters the nasal passages, the mucous membrane lining in the upper respiratory structures effectively traps foreign particles. These may include environmental pollutants like smoke, bacteria, allergens, and irritants.

The air is also warmed and humidified as it reaches the nasal cavities and enters the lungs for gas exchange. As a result, the lungs receive warm, filtered, and humidified air. On the other hand, people who breathe through their mouth inhale cold, unfiltered air that affects ventilation, increases inflammation, and damages the respiratory system.

If you’re struggling to prevent nasal congestion, we recommend easing out of mouth breathing (hyperventilation) and switching to the Buteyko Breathing Method—a healthy, balanced, and holistic approach to breathing through the nose.

How Can Buteyko Breathing Help with Nasal Congestion?

As highlighted above, the nose is an intricate air filter. More importantly, it’s designed to perform this function. People who are heavily reliant on mouth breathing fail to note that the mouth doesn’t perform the same function, nor is it designed to. Ultimately, the mouth cannot filter, warm, and humid air like the nose does.

Understanding this key difference is imperative for maintaining optimal respiratory health and preventing nasal congestion. As you practice Buteyko Breathing through the nose, the air you inhale will be purified, cleansed, and sterilized. Any viruses that could potentially enter your system through the mouth will be adequately filtered by the nose.

This is the first step to preventing nasal congestion. With no external contaminants irritating and inflaming the respiratory system, the risk of congestion will automatically go down. The nose has millions of tiny hairs that effectively trap pollutants and prevent them from entering the body.

Instead of being forced to overwork themselves, your lungs will perform the function they were supposed to perform. This is because the nose already completed its task. If you force the mouth to improvise and perform a task it’s incapable of performing, your immune system will weaken and your overall respiratory health will decline, which will ultimately put you at greater risk of getting a stuffy nose.

It’s also important to note that the nasal cavity comprises special cells in the walls that moisten the air. Warm, moist air plays a big role in reversing the inflammation of blood vessels in the sinuses and loosening the thick accumulation of mucus in the nasal passages, throat, and lungs. As a result, nasal congestion is cleared.

Is Buteyko Breathing Right for Me?

When learning about the harmful effects of mouth breathing and the benefits of nose breathing, people often think the transition is unachievable. This thought arises from the misconception that mouth breathing is the most natural and instinctive form of breathing among humans. In actuality, humans were biologically designed to be nose breathers.

Mouth breathing (hyperventilation) unbalances the carbon dioxide and oxygen equilibrium in the body. It also puts the body at a greater risk of developing illnesses as the person inhales cold, unfiltered, and contaminated air. Switching to nose breathing is the most natural and holistic way to protect, preserve, and improve your respiratory health. It’s akin to helping your body return to its normal and natural state.

Once you start adopting Buteyko Breathing Techniques, you’ll notice that mouth breathing feels unnatural, strange, and uncomfortable. If you’re ready to get started, take our breathing test. We also recommend benefiting from the following resources:

If you have more questions about the Buteyko Breathing Method, explore our videos, audios, and books. You can also directly reach out to us for more insights. Our team is always happy to help.