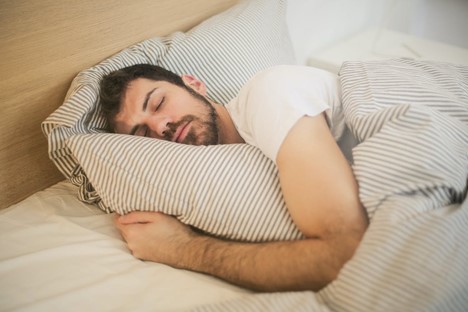 As the frequency and severity of sleep disorders rise across the US, people are increasingly looking for ways to improve their sleep and reduce or end sleep apnea.

A Closer Look at Sleep Apnea

According to research, an astounding 22 million Americans suffer from sleep apnea.

The condition is defined as sleep interruption triggered by temporary breathing cessation. In essence, the brain fails to transmit the right signals to prompt breathing during sleep. Consequently, the person temporarily stops breathing or breathes improperly/inadequately because their lungs simply don’t receive enough air.

There are three types of sleep apnea, namely, central, obstructive, and complex. Obstructive sleep apnea (OSA) is the most common among these three variations. As the muscles that support the soft tissues in the throat temporarily relax, the person’s airway is either closed or narrowed.

This is a critical situation for the body. The person’s breathing is momentarily stopped, which can result in sudden cardiac arrest. The individual may also develop life-threatening conditions. If they suffer from a chronic illness like high blood pressure, the symptoms can significantly worsen.

Sleep apnea shouldn’t be taken lightly under any circumstances. As a dangerous condition, it should be promptly detected, diagnosed, and treated to help the person resume healthy breathing during their sleep.

Among the many treatments available for sleep apnea, the Buteyko Breathing Method stands out. As a person adopts natural, wholesome, and holistic breathing patterns, the risk of hyperventilation (overbreathing) is eliminated.

By switching to balanced nose breathing exercises and breaking free from their regular mouth breathing routine, people can achieve a restful, uninterrupted, and consistent sleep.

While people are gradually getting up to speed with the benefits of Buteyko Breathing for sleep, they’re unsure about the correlation. There are a lot of questions, doubts, and concerns. In this blog, we’ll offer a closer look at how adopting Buteyko Breathing Techniques can help with sleep apnea.

Mouth breathers are prone to overbreathing (hyperventilating). It’s important to note that carbon dioxide levels in the lungs serve as the key regulator of several bodily functions. When these levels drop, the body is essentially thrown off balance. It enters a state of chronic oxygen deprivation.

The pH level is also negatively affected, and the individual begins to feel lethargic, fatigued, and overtired with time. The longer their reliance on mouth breathing continues, the more their health deteriorates.

Let’s look at how mouth breathing (hyperventilation) affects a person’s sleep. The body has an intricate balance in place. It works hard to maintain this balance. While deviations are normal, they’re immediately corrected by the body.

Unfortunately, mouth breathers put their body in a continual state of “fight or flight.” By depriving their lungs of an adequate supply of oxygen, they force the body to use coping mechanisms that it shouldn’t have to resort to on a regular basis. The body fights rigorously to maintain its delicate oxygen and carbon dioxide equilibrium.

However, there’s only so much it can do, especially at night when people hyperventilate at a greater degree than usual. This is because the metabolism becomes passive during sleep. The body doesn’t generate enough carbon dioxide. Mouth breathing does more damage by depleting carbon dioxide levels even more.

To accumulate more carbon dioxide, the body narrows its airways. This is done by creating an edema of soft tissues in regions of the nose and throat. As a result, the person breathes less.

The body strategically prompts this response because breathing reduction increases carbon dioxide levels. Eventually, the body starts bringing breathing to a halt. This triggers sleep apnea, which is a side effect of the body attempting to protect the person from hyperventilating at night.

By switching to nose breathing, people can reap the benefits of voluntary breath reduction. The Buteyko Breathing Method eliminates over-breathing. As a result, the body doesn’t feel compelled to kick-start coping mechanisms that help regular carbon dioxide and oxygen levels.

Think about it. If your body is already performing optimally, why would it intervene, especially if intervention comes with its own share of side effects (sleep apnea, in this case)?

As the person breathes through their nose, the volume of air exchange in the lungs is normalized. They don’t lose an excessive amount of carbon dioxide through exhalation.

In fact, carbon dioxide levels in the air sacs and blood increase, which triggers the pH to go down and normalize. Breathing abnormalities and difficulties like sleep apnea and snoring are eradicated. The person can achieve restful sleep and feel more reinvigorated and refreshed as they wake up well-rested the next morning.

How Can I Start Healing my Sleep Apnea with Buteyko Breathing?

If you’re unfamiliar with the Buteyko Breathing Method, we recommend utilizing the following resources:

At Breathing Center, we’re committed to helping you make the transition from mouth breathing (over-breathing/hyperventilation) to nose breathing.

For more insight into the Buteyko Breathing Method, explore our videos, audios, and books.