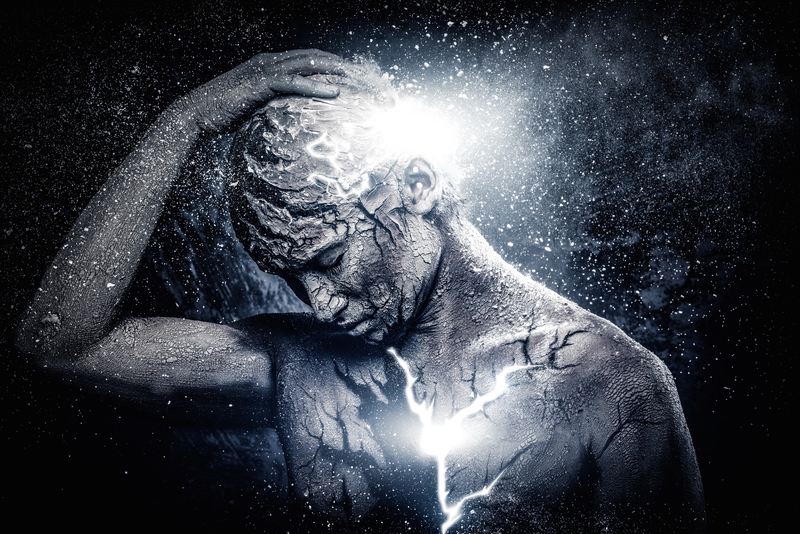 It seems to me that doctors often treat the human body as a kind of unintelligent machine, which often breaks creating bothersome symptoms. Following doctors’ supervision, patients go to a pharmacy, buy the best available weapons and fight against their symptoms. Many of these drugs have serious side effects, which produce more symptoms leading to more medication. Often people try hard, as my husband did, but this war against your own body never ends. Over time, the drugs and their side effects become stronger, possibly lethal.

I find the word ‘doctor’ rather confusing. Can a remedial treatment damage your health or even cause death? For my own sake, I prefer phrases such as a ‘health builder’ or ‘health destroyer’ to clarify the overall activities of various health practitioners. It is unfortunate that many doctors belong to the last category. I believe that all health specialists, similar to pilots, should be obligated to take a health test regularly. They should teach health development only if their examination proves that they are capable of maintaining their own health.

The work of medical doctors is driven by the viewpoint that the human body is a collection of individual organs integrated into systems â€“ like in mechanics. Often, an organ’s function is improved at the expense of other organs; the medical work is often evaluated by the success rate of problems being eliminated instead of overall health improvement. Unfortunately, health often is considered to be an absence of disease instead of a presence of balance.

This fragmentary view of the human body has become so widespread that it is rarely questioned, which is demonstrated by self-test forms submitted through our website. This online test is used to measure breathing and asks participants to describe their health. Often, a person characterizes themselves as healthy with the exception of chronic fatigue and periodic asthma attacks, or in good physical shape, with the omission of high blood pressure, migraines and always present tension with anxiety, as well as seasonal allergies. Some healthy people even list all the drugs they take.

These forms indicate that our society is losing an appropriate sense of what healthy means. Every organ and system should be considered when it comes to a person’s well-being. Are you healthy or not? If you are, you don’t need any medication, whether chemical or natural. All organs and systems of your body should act in harmony with each other to produce a stable sense of wellbeing. If your body is healthy, it should be able to adjust to environmental and social changes while maintaining its essential constants within their norm. These constants comprise of temperature, Ph balance in the blood, glucose level, blood pressure, pulse, and others. Buteyko believed that the main physiological constant is the CO2 level in the lungs.

When a constant gets off balance, the body creates a mechanism to normalize it. For example, when body temperature rises, the person starts sweating to cool down; when the temperature falls too low, the person starts shivering to produce heat. When the level of CO2 in the lungs becomes insufficient, the compensatory reactions become especially strong. For asthmatics, this could be a suffocation attack. Doctors call many of these reactions symptoms and attempt to stop them.  No matter how uncomfortable the compensatory reaction is, it is positive in nature since it helps us maintain a stable state of health.

I am sure some of you are familiar with the idea of ‘homeostasis,’ which plays a crucial role in Dr. Buteyko‘s work. In Russia, this concept was reflected in a physiological theory created by an eminent physiologist, Peter K. Anohin, in 1935. He described the human body as a unity of self-regulated and self-organized systems, which constantly maintains its own balance commonly called â€˜health.’ Dr. Buteyko believed that the human body is intelligent and is always trying to make us healthier. He would say that even the smallest hair has its purpose. The problem is the connection between body and mind, which for most modern people is problematic: we lost our ability to understand the language of the body and have stopped respecting its innate intelligence. Buteyko was a brilliant physiologist who recognized the language of human body.

This story illustrates how different healing modalities work in practice:

One of our students, Peter, was suffering from devastating pain all over his body. He visited many doctors who performed all kinds of tests but were unable to determine the cause of his pain. He ended up being prescribed painkillers. He also tried many alternative therapies. They would often improve his condition, but only temporarily. His pain kept coming back stronger. One day, he found our website and realized that he was a life-long mouth breather. He suspected that hyperventilation could have been the cause of his ailment and drove all the way from New Mexico to our center in New York, where we located at that time (now we are in Boulder, CO).

Even though we accepted him as our student, we were not clear about some specifics of his individual Buteyko Breathing Method program since we had never worked with someone with his symptoms. We knew that the method would help Pete; however, we did not know to what degree. Besides, we were not sure what group of breathing exercises would be the most effective in his case. To clarify these issues, I arranged a Skype consultation with Dr. Andrey Novozhilov.

While Pete was sitting next to me in our office, Andrey was at Clinica Buteyko in Moscow. I was translating for them since Thomas who was going to be Pete’s teacher. Pete worked as a paramedic and it was easy for him to explain his story in medical terms. Andrey listened carefully and eventually became convinced that Buteyko Breathing Method would heal Pete, who was in his twenties, strong and tall.

I asked Dr. Novozhilov what breathing exercise he would recommend for Pete. Unexpectedly, Dr. Novozhilov decided to make Pete to do the exercise right then, instead of explaining it. Suddenly, he switched into English:
Pinch your nose and jump, he commanded from Moscow.
Without a second thought, Pete stood up and took off; when he landed, our Woodstock office shook like a match box.
One more time, Andrey persisted. Now jump higher!
I lost control over the situation, just praying for our liability not to be impaired.

Pete left the next day and continued his individual program with Thomas via Skype. Thomas tried to advance Pete’s knowledge on the Buteyko Breathing Method; however, he wasn’t interested. Pete wasâ€¦ how to say itâ€¦ a kind of simple-minded person though rather pragmatic. He didn’t even want to learn new breathing exercises, since jumps worked well for him. All of this, of course, was not important compared to the fact that Pete’s pain kept diminishing.

When Thomas turned on Skype for the third session, he saw Pete holding a can of beer.

Do we really need this session, man? Pete asked in a relaxed manner. I have no pain anymore. I know that I will never breathe through my mouth… And I will keep jumping. Anything else?

Thomas struggled through this session; Pete did not appear for the remaining two and never followed the support program. A few times, Thomas contacted him to find how he was â€“ Pete was completely pain free.

This was an unusual case. It was almost too simple to believe, even for us! According to Dr. Buteyko’s discovery, Pete’s body had been suffering from an insufficiency of carbon dioxide creating a complex compensatory mechanism, which in his case was overall pain. Traditional doctors were trying to â€˜kill’ this symptom; while alternative practitioners, utilizing the principals of homeostasis, tried to restore the balance of his body. Nothing worked because both categories overlooked Pete’s hyperventilation – the main cause of CO2 loss. As soon as this constant reached the norm, his body stopped producing the compensatory reaction and Pete became pain free.