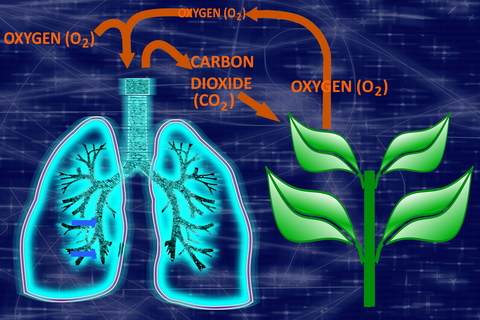 Dr. Buteyko compared breathing to atomic energy: from his perspective, the awesome power of breathing was capable of destroying and rebuilding health extraordinary fast. Similar to radiation, air – when consumed normally – is beneficial; however, when the norm is exceeded, it becomes dangerous. What is the norm?  Russian doctors measure it as five liters of air per minute.

Metaphorically speaking, over-breathing is similar to subtle venom. Poisoning the body with hyperventilation inevitably results in the development of health problems:  eventually, the weakest organ or system becomes dysfunctional. To correct this, you might take prescription drugs or food supplements, get surgery or acupuncture, receive chemotherapy or do an intensive cleansing. These treatments might improve your condition but only to a certain degree: until over-breathing is eliminated, you are not going to become truly healthy. There is no health without healthy breathing!

Here is how Dr. Buteyko described the main postulates of his theory: When an excessive amount of air is consumed, a large amount of carbon dioxide is removed from the organism, consequently reducing the CO2 content of the lungs, blood, and tissue cells. Hyperventilation-caused CO2 deficiency produces pH alkaline shifts in the blood and tissue cells. The pH shifts interfere with all protein (about 1000 in all) and vitamin (about 20) activity, altering the metabolic processes. Therefore, when the pH level reaches a value of 8, metabolic disorders can cause death.

A CO2 deficiency also causes spasms in the smooth muscles of the bronchi, cerebral and circulatory vessels, intestines, biliary ducts, and other organs. In the late 19th century, Bronislav Verigo, a Russian scientist from Perm, discovered a peculiar relationship: when CO2 diminishes from the blood, oxygen binds with hemoglobin and impairs the transport of oxygen to the brain, heart, kidneys, and other organs. In other words, the deeper the breathing, the less oxygen reaches vital organs in the body. This dependency, presented by Verigo, was suppressed and ignored. At the same time, Christian Bohr, a Swedish scientist, made a similar discovery. Later on, this became known as the Bohr Effect.

Hypoxia (oxygen deficiency) in the brain caused by deep breathing triggers intense bronchial and cardiac spasms. Hypoxia in vital organs is counter-balanced by the rise in arterial tension (artery hypertension), it enhances blood circulation and provides the organs with blood. Oxygen starvation, when combined with hyperventilation, causes a false feeling of air deficiency, excites the respiratory center, intensifies breathing, and contributes to the progression of the disease.

A CO2 deficiency in the nerve cells excites all of the structures in the nervous system, thus making the process of breathing even more intense. As a result, oxygen starvation in nerve cells, in combination with metabolic malfunctions and an over-excited nervous system brings about mental disorders, destroys the nervous system (sclerosis of cerebral vessels), and, finally, causes a deterioration of an individual’s physical and mental health.

Dr. Buteyko stated that even before he made his discovery in 1952, the main postulates of his theory had already been confirmed by scientific studies, as well as the basic laws of physiology, biochemistry, and biology. He put together the facts, which had been greatly overlooked, concluding that insufficiency of carbon dioxide in the alveoli of the lungs caused by hyperventilation offsets many physiological functions and leads to the development of diseases.

Before him, people thought that deep breathing would create more oxygen in the body and many still believe this to be true. This concept is wrong! Buteyko proved that if the amount of carbon dioxide in the lungs is insufficient, the level of oxygen delivered to various organs of the body will also be insufficient. Oxygen starvation only increases if a person continues over-breathing and thus losing vital CO2. By discovering this, Dr. Buteyko also dispelled the archaic concept that carbon dioxide is a waste material that should be eliminated.

Well, if Dr. Buteyko is correct, why is it still commonly advised to take a deep breath? Even doctors say that! And, why are most of us convinced that oxygen’s role is primary for health? Why do we have such a strong belief that more oxygen is always better and taking more air in will increase our oxygenation? Obviously, we were not born with a manual stating these concepts; this belief system was imposed upon us by society. Where are the roots of it? Konstantin determined that this situation was a mistake made at the end of the 18th century.

In 1774, a chemist from England named Joseph Priestley conducted a series of experiments and found that air is not an elementary substance, as people thought, but a composition, or mixture, of gases. Among them was the gas, which he called “dephlogisticated air.”  Soon after, Antoine Lavoisier, a French scientist, decided to repeat some of his experiments and by doing so, confirmed Priestley’s discovery regarding a colorless and highly reactive gas, which Lavoisier named “oxygen.”

Lavoisier was appointed Commissioner of the Royal Gunpowder and Saltpeter Administration and had a laboratory at the Paris Arsenal. There, he conducted many experiments based on combustion: as the result, oxygen’s essential role in the process of burning was determined.  His findings were progressive.  Before him, scientists believed that materials would separate out a flammable substance, which would make them burn. Lavoisier proved that the process of combustion requires the addition of something to the objects in order for them to burn. That was oxygen.

Lavoisier was one of the wealthiest people in the country who could afford to print a book. In 1789, he published Elementary Treatise on Chemistry, which is considered to be the first modern chemistry textbook. In the 18th century, a printed book, written by a renowned scientist and displaying clear logic confirmed by sophisticated scientific experiments, acquired an almost hypnotic power. Soon, it was translated into English and other languages. Even though some of the day’s leading chemists disagreed with Lavoisier’s ideas, it was sufficiently sound to convince the next generation. And the worship of oxygen began!

Buteyko refused to accept Lavoisier’s postulate regarding the primary role of oxygen. He found that this role belongs to carbon dioxide, which regulates the amount of oxygen that is delivered to various organs. Moreover, Buteyko stated that carbon dioxide is the main regulator for metabolism as well as some other important bodily functions. Lavoisier’s postulate became the biggest obstacle to a wide acceptance of Buteyko’s scientific work.

Do you find this hard to believe? That’s understandable. For people who are not science enthusiasts (like myself) and need to form opinions based on their own experience,  Dr. Buteyko suggested a so-called hyperventilation test.  I will explain how to do it, though I want to warn you, be careful if you decide to proceed. This test could trigger all kinds of symptoms. So, never do it alone.

The test is simple. First, start breathing through your mouth as deep as you can and continue doing so for a few minutes. Soon, you will start noticing that your symptoms are getting stronger or new ones arise. For example, you might feel dizzy, numb, develop a headache or chest pain, start coughing or even trigger a suffocation attack. When you start feeling symptoms, switch to nasal breathing and try to breathe gently and slowly. If you succeed, your symptoms will start to decrease. This is the experiment Konstantin conducted during the night of his discovery.

I know a perfect demonstration of Dr. Buteyko’s theory. A while ago I had been working with Ram Dass, a famous spiritual teacher and former psychology professor at Harvard. In 1997, Ram Dass experienced a stroke; in 2011, when we met, he was still suffering from its consequences. His speech and memory were greatly impaired: he had to pause in between each word and would often lose his train of thought or use a wrong word. Besides this, Ram Dass had breathing difficulties, sleep apnea, high blood pressure and other health issues. The interesting thing was that he lived on the island of Maui, Hawaii, close to Pacific Ocean, surrounded by endless waves of oxygen-rich air. On top of being in a pure environment, he had been practicing meditation and Pranayama and eating healthy. He had a whole group of traditional doctors and alternative practitioners working on his physical condition and yet they were not able to improve it.

The confounder of Omega Institute for Holistic Studies, Stephan Rechtschaffen, M.D., suggested Ram Dass begin working with a specialist in our Breathing Center. Stephan believed that it would help, since his son, who had been asthmatic, was able to overcome his condition by following one of our programs.  Ram Dass yielded to Stephan’s persuasion and that’s how my weekly Skype sessions with him started.

When I saw this noble elder, I experienced strong compassion â€“ it was obvious that he was greatly suffering from oxygen starvation.   His mouth was open almost all the time and his breathing was noticeably heavy. In the beginning, I repeated almost incessantly, Ram Dass, please close your mouth. Fortunately, as a person of high awareness and good discipline, he started doing his breathing exercises regularly and was soon able to lighten his breathing. Within three months, he was able to sleep without his sleep apnea machine; his blood pressure became normalized; and he was no longer anxious about his breathing. Perhaps even more important to him, his speech became fluent and his memory improved considerably.  All of this happened because he reduced his over-breathing, which increased the amount of carbon dioxide in his lungs â€“ allowing all his organs, including his brain, to receive more oxygen.

This experience turned Ram Das into a strong supporter of the Buteyko Breathing Method. During the last century, he became known as a pioneer for a new understanding of human consciousness; in this century he became a pioneer one more time â€“ now of a new understanding of human health. He helps us by increasing people’s awareness of the danger of over-breathing; you might enjoy watching his video on our website.