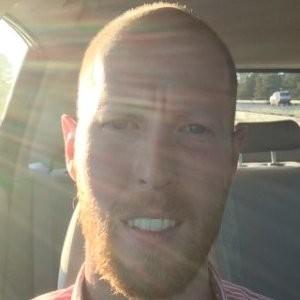 My name is Jesse Steinberg, and this is my ten-year Buteyko Method update. I have been a Teacher of the Buteyko Method for most of this time, but here I will attempt to give my experience and perspective on how it has impacted my life. I offer my experience and personal understanding of Dr. Buteyko’s gift without attachment. If you are reading this, I am grateful for the opportunity to tell my story and sincerely hope it is of benefit. In Love and Light, Jesse

I believe that my story occurs within a broader human account of the archetypal descent into darkness and also ascent into light. I believe that my body holds the story of humanity, of my society, my lineage, and my personal karma and experience in this life. From the perspective of Dr. Buteyko’s gift and of human health, the following is the story and context, which I believe, and I will share more personal details below. I think that within a span of the last 100-150 years, the innate, natural health and hardiness of our human species has declined. Most people would agree that their grandparents and great-grandparents possessed a ‘hardiness’ that is less common today. We see evidence of this in the rise of chronic disease throughout the 20th and now 21st century. And the health of our children is suffering greatly – our children are less healthy today than they were a generation ago and the generation before that. There have been epidemics and disease throughout human history, and yet, the overall health and vigor of our collective biology was more robust and strong.

What happened? This is an American-centric telling of the story – because that is the context I know and have experienced. Within the last 100-150 years, we began to live less and less according to our nature and in relationship to Nature. For example, we used to live by natural light (Sun, Moon, Fire, candle, lantern) rather than artificial light (light bulbs and digital technology light). We used to be connected to the magnetism (grounding) and biome of the Earth rather than ungrounded, sterilized, and awash in microwave radiation (from our ubiquitous wireless device signals). We used to drink water and food that was alive and vital and clean, rather than degraded and full of chemicals. And we used to get vastly more physical activity in our daily lives.

Where does this leave us? Stressed to the core of our physiology, inflamed, chronically ill, and hyper-ventilating. We have become fertile soil for bacteria, viruses, parasites, fungus, metals/toxins to accumulate and thrive. As an organic farmer of 10 years, I can tell you that health and disease in plant and animal populations is quite simply the natural outgrowth of the soil and living conditions in which the species is living. Healthy soil and living conditions lead to health generation after generation – this is a law of Nature. Poor soil and living conditions leads to stress (in plants and animals), which leads to disease. Over time, the lineage produces weaker offspring. This is also a law of Nature. This is the same for humans, just over a longer time-scale. And yet, there is greater complexity, and ultimately hope for salvation, because of our most extraordinary feature: Consciousness.

What is Dr. Buteyko’s gift? The breath is Life. The breath is a window into our deepest physiology and consciousness. The breath can lead us on a path to health, hardiness and liberation. It activates our deepest healing mechanisms. Dr. Buteyko gave us a map to follow, instructions along the way, and the knowledge that every person can reclaim their birthrate of vibrant health.

What has my Buteyko journey been? I began in Oct 2009 (at the age of twenty-seven) with significant health challenges. Life-long, increasingly severe asthma, and allergies. Worsening digestive issues and brain fog. Low energy and low mood/depression. And also poor, slumping posture. Poor blood sugar control issues (hypo-glycemic). I would also say I lived in a tremendous amount of fear. Fear of the future, fear of my symptoms, fear of so much of Life. This was a painful and scary time in my life. I also had no spirituality or higher guidance and little connection to my inner guidance. I felt deeply lost.

Within six months, my CP had gone from less than 5 seconds to greater than 40 seconds. I felt enormously better, and my symptoms had decreased almost completely. In fact, I hadn’t needed asthma medication since I began the method. I was admittedly obsessed with my practice in the beginning and also working at the Buteyko Breathing Center with Sasha and Thomas, which was the ideal place to learn and grow in my application of Buteyko. Then the chroniosepsis symptoms set in. Waves of extreme exhaustion. Sometimes it felt like I was wearing a lead blanket. Waking up feeling hungover each day. I would have to lie down in the afternoons. These symptoms were from my long-dead tonsils, now symptomatic as my physiology had become stronger. They were removed in July of 2010. After they were removed, I tasted the bliss of a 60 second control pause periodically in the next 6 months. The feeling of energy in my body was amazing. So light, but grounded, and so incredibly peaceful. People in my life or people who I saw in public would mirror my peacefulness, it was extraordinary.

Next came chroniosepsis in my teeth. It took four years to discover and address six sources of croniosepsis in my teeth. This was a dark and scary time for me. Debilitating fatigue and deep feelings of fear and helplessness. Challenges to my identity and relationship. Depression and withdrawal. And yet, there were always encouraging signs. Increases in my control pause, even if temporary, felt amazing and told me I was on the right path. My energy opened up more and more and got stronger.

In 2014, I did a silent meditation retreat – 10 days, 100 hours of mediation. By the end of the retreat, my control pause was several minutes long. I would awaken at 4 am feeling fresh as a daisy. My digestion was amazing, eating one meal a day and feeling incredible. My teeth became whiter and stronger. My body craved cold showers and lots of physical activity and to have my bare feet on the Earth. My posture was incredible. My mind was crystal clear, and my face radiated light and health and compassion. Spiritual abilities awakened in me. Everything felt light and effortless. Life flowed with incredible ease.

In 2015, my wife and I had a perfect, healthy baby. I have not experienced purer joy and love as I have in parenthood! By this time, my life had grown in enormous ways. I had moved out to California, a dream of mine, and met the woman of my dreams. I continued organic farming (which I did a total of ten years, 2003-2013). And I was now halfway through Chiropractic school. My journey from sickness to health has become a source of inspiration for me – and others – as I had gained useful wisdom on the journey.

My personal practice waned in parenthood (as did my Control Pause settling into the 30-40 second range), but was always in my awareness. Then in 2018, Sasha reached out (she always reaches out to me at the perfect moment). I began practicing again. More chroniosepsis was discovered and addressed. 10 sources of chroniosepsis in all. But whenever something is removed, something always comes to fill its place. What fills the place of hyperventilation that is diminished, and sources of chroniosepsis addressed? In my experience, it is more peace, love, compassion, lightness, light, ease, effortlessness, a clearer mind, an ability to see the bigger picture, increasing energetic and spiritual abilities, and a more connected, open heart.

My body and life has become vastly more energized and coherent. Now, I am a healer, the archetypal wounded healer who mined his wounds until he found the gold (and still continues to do so). I have my own healing practice in Rhode Island now – as a Chiropractor and Reiki Master as well as a Buteyko Breathing Specialist.

Now I enjoy as primary practices bare-footing, cold tempering, saunaing, natural movement in many forms, chanting, natural fasting, and I have great strategies for keeping my organs and gut clean, clear, and light. I feel so much more alive and awake than I did ten years ago. And my body and energy are so much stronger. I no longer live in fear. Deep profound healing has transpired on many levels. I have awakened the capacity to heal others with my presence and touch. And, most importantly, my life is now about serving others out of my own abundance. I feel such incredibly deep gratitude for Dr. Buteyko, Ludmila, Andrey, Thomas, and especially my dear Sasha, my teacher and Guiding Light. I also feel tremendous gratitude for my wife Sandy for her steadfast love through this journey.

I know now that perfection is the enemy of progress in practicing Buteyko – just keep practicing, deal with chroniosepsis when it emerges, and know that more and more light and energy and coherency await you. Health is just the first gift you will receive. The longer you practice, the more deeply you will heal (emotionally, mentally, and spiritually). My control pause is rising again. My goal is to ascend to the top of the Buteyko Health Zones chart – a 3 min CP. Yet, my reasons for practice are different now. When I started ten years ago, I desperately wanted to escape the prison of my symptoms. Now, my life is lit by this truth: I believe we are here to know SOURCE (by any name), which creates and manifests everything in the Universe. I believe we are here to awaken our Hearts to LOVE as the guiding force of all of LIFE and to Serve Each Other because we are ALL ONE. Thank you for witnessing me on my journey.