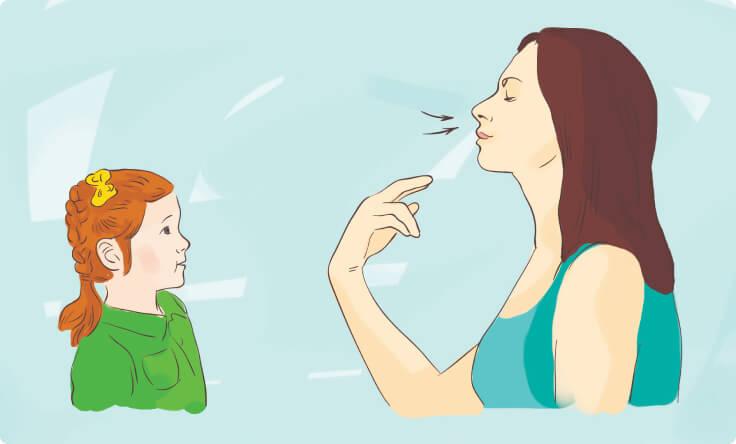 It all starts with peaceful breathing!

What is the Buteyko Breathing Method? Is it a technique to pinch your nose and stop breathing? Is it a holistic treatment for asthma and other breathing difficulties? Is it a miraculous cure-all disregarded by most conventional doctors? Does the Buteyko Method help one become healthier? Can it make me a super-human? Is it a specific lifestyle? Is it a spiritual path? Is it a way to accelerate my personal development and evolution?

My answer to all these questions is: Yes! The Buteyko Method is all of this and more. It is an incredible gift a Russian genius physiologist  Konstantin Pavlovich Buteyko, MD-PhD, left for humanity. Because of his discovery, today, we have a choice to make the body, mind, and spirit more balanced and, therefore, healthier. For many people who are ill or depressed, it’s terrifying to stay locked into their physical, emotional, or mental states. Thanks to Dr. Buteyko, today, we are fortunate to have the option to transition out of those states by breathing differently and, as a result, significantly improve our well-being. Do you find this difficult to believe?

I hope so! It means you are realistic and thinking clearly. It took me more than ten years to open my mind to the Buteyko Breathing Method. One day, when I lived in Moscow, Russia, and published a national magazine about holistic health and spirituality, I received a letter from the doctors trained by K. P. Buteyko. They informed me that the Buteyko Breathing Method could stop more than one hundred widespread diseases. The letter also stated that Dr. Buteyko wanted to meet with me and explain the theory of his method so that I would write an article about his work and benefit many people. After reading this letter, I could see how a breathing technique could help people with breathing difficulties. However, I thought, there is no way for it to impact so many other health problems! I am not buying this snake oil! I refused to meet with Dr. Buteyko, a decision I will regret for the rest of my life.

In 2007, my husband became severely ill with asthma. When Thomas caught a rare flu virus, his mild breathing difficulties turned into a health disaster, and, within a few months, he became an invalid, constantly coughing and fighting his fatigue. He tried almost every treatment available, conventional and alternative, but still felt breathless. Every month, he was taking more medicine, experiencing more side effects, and becoming weaker and weaker. Thomas’ situation looked hopeless but both of us kept praying for a cure.

A friend of mine reminded me of Dr. Buteyko’s work with asthma. Grasping at straws, I called the Buteyko Clinic in Moscow and was connected to Ludmila Buteyko, Dr. Buteyko’s wife and the Master Teacher of the Buteyko Breathing Method.

Can you help my husband? I asked in desperation. He is dying from asthma.

Of course, Ludmila replied with confidence. The Buteyko Method will stop his breathing difficulties.

Soon, Thomas and I were flying from New York, where we lived at that time, to Moscow. Since my husband, an American, did not speak Russian, I had to attend all programs at the Buteyko Clinic and interpret for him. To translate instructions on breathing exercises and lifestyle alterations as well as the complicated medical, scientific, and philosophical theories supporting them, I first had to understand it all. Gradually, I began realizing that the Buteyko Method was not just a remedy for asthmatics, but also a powerful holistic approach to overall health and longevity capable of bettering the lives of many people.

At the Buteyko Clinic, Thomas began feeling better almost right away. Within a few weeks, his asthma attacks weakened drastically and became infrequent. My husband was finally able to breathe! As he continued practicing the Method, he eliminated his excessive mouth breathing and gained more control over his respiration. Within a year, he stopped taking medications and freed himself from endless allergies and breathing difficulties. He became functional again. The Buteyko Method breathed the breath of life back into his nostrils.

Learning Buteyko, I realized that I also was not healthy even though I did not have any severe health problems. Now, it is almost unbelievable to think how many issues I had then: sleep apnea, a kidney disorder, joint pain, menstrual cramps, low blood pressure, headaches, pollen allergies, heart palpitations, and more. I don’t know why I kept thinking about myself as a healthy person. At the Buteyko Clinic, for the first time in my life, I noticed that I was chronically over-breathing and began training myself to consume less air. When my breathing patterns normalized, my health disorders disappeared just like dark clouds in an otherwise clear sky. Apparently, they were triggered or even caused by hyperventilation.

Gradually, I understood that our breathing patterns affect every aspect of our lives: our physical health, our emotional states, our thinking process, our relationship with people, animals, and our Mother Earth. When automatic breathing patterns become unnatural and slip out of balance, something in the structure called body, mind, and spirit also loses balance. Ancient civilizations were aware of this correlation and paid great attention to breathing. In the contemporary world, however, most people notice their respiration only when they cannot breathe. Dr. Buteyko was a pioneer and visionary who dedicated his life to helping people understand the essential importance of wholesome breathing.

In the second part of the 20th century, Dr. Buteyko discovered that most people chronically over-breathe as a result of their unnatural lifestyle. Temperature-controlled homes, food indulgence, constant stress, a sedentary lifestyle or super-intense physical activities, cars, computers, and toxic medication modify people’s breathing patterns and force them to consume more air than their bodies need. This affects the level of CO2 in the lungs, which, according to Dr. Buteyko, is the primary regulator of all bodily functions. I believe that in yoga, this CO2 level is called prana. Ludmila Buteyko shared with me that, from her perspective, CO2 was a carrier of the holy spirit. No matter what label we assign to it, it is scientifically proven that carbon dioxide is the main life force on our planet and in our bodies. When it decreases to zero, biological organisms, including human beings, die. Dr. Buteyko and his team created the Method, which allows the body to eliminate the deficit of CO2 in the lungs and, as a result, restores the natural balance, which we call health.

I have been representing the Buteyko Breathing Method in the USA since 2009. At the Buteyko Breathing Center, we tried everything we could to fulfill the wish of Dr. Buteyko’s family. I must admit that we completely failed. Today, if you type the word Buteyko into an online search engine, you will see information containing accurate instructions on the Buteyko Method mixed with erroneous, even hazardous recommendations regarding breathing. Could you imagine Gandhi’s name being invoked to justify a war? That’s how I feel when I see the name of Dr. Buteyko, a legendary Russian scientist, being attached to deleterious recommendations. The saddest thing is that these incorrect recommendations often come from sincere enthusiasts of the Buteyko Method. Their true motivation is to help people. However, a lack of serious education about this complex method creates a kind of professional negligence. I hope this situation will change.

Meanwhile, all I can do is to continue being a channel for the authentic Buteyko Method and the Buteyko Clinic in Moscow. I feel blessed to have the opportunity to educate people about this powerful Russian method by teaching adults and children all over the world. It is always rewarding to see them improving their respiration as well as their health and lives. I also feel privileged to train health and wellness professionals to become certified Buteyko Breathing Practitioners and carry the Buteyko torch to various areas and cultures. The doors of the Buteyko Breathing Center, this international online school, are open to everyone who wishes to learn Dr. Buteyko’s unique and life-changing approach.

I am one of the thousands of people all over the world who are forever grateful to the authors of the Buteyko Breathing Method – Konstantin Buteyko, MD-PhD, Ludmila Buteyko, and Andrey Novozhilov, MD. Thanks to their tireless efforts, the Buteyko Method was fully formed and preserved in its complete and unsullied form. On behalf of all people whose hearts were touched by their work, our global Buteyko family, I want to say: Thank You! You helped us understand that peace in our bodies, as well as peace on our planet, is impossible if we breathe like we are at war. Peace and balance inside lead to peace and balance outside. And, it all starts with peaceful breathing!