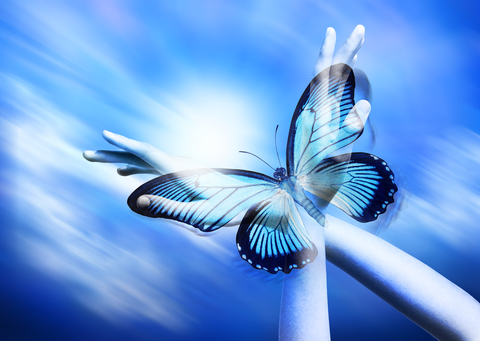 In traditional societies, a Healer combined two occupations – a doctor and a priest. For example, a medicine man or shaman helped to improve a person’s health, while simultaneously facilitating their inner development. Health and spirituality were indivisible until western science declared them unrelated. As a result, modern people commonly believe that to be healthy, one must go to a doctor; to be a better person, one must go to a church. What happens in our bodies and minds is disconnected from the status of our souls. Does this make sense?

It did not to K.P. Buteyko, MD-PhD, who, arguably, was the first modern-day doctor who declared that health and spirituality were two forks of one river. He discovered that these two aspects of human life were united through breathing, precisely via its final product – the CO2 gas left in the lungs after a breath. While conventional physicians named this substance “a waste gas,” this legendary Ukrainian/Russian physiologist concluded that it was the key element for our well-being and hypothesized that ancient cultures highly valued it. Was it a carrier for the holy spirit? Was this mysterious substance known as prana, chi, or breath of life? Dr. Buteyko was occupied with these questions. After many years of examining the effect of CO2 deficit, its normal, and excessive levels on his patients, he became convinced that both our physical health as well as our spiritual growth thrive on CO2 accumulation. Yes, not just one but both.

Ludmila Buteyko shared with me that Dr. Buteyko’s students often asked him:

“Konstantin Pavlovich, what is the cause of most diseases?”

“What is the cause of over-breathing?’

I was not surprised by this dialog because, from my work as a Buteyko Specialist, I learned that thinking affects breathing (and consequently CO2 level) more than anything. Nevertheless, to clarify Dr. Buteyko’s thoughts, I decided to investigate the definitions of his “problem” and “solution.”

Typing the word “greed” into a search engine generated the following definition: “Greed is an uncontrolled longing for increase in the acquisition or use of material gain; or social value, such as status, or power. Greed has been identified as undesirable throughout known human history because it creates behavior-conflict between personal and social goals.”

Aha! Reading this, I thought: so, this desire is undesirable because it creates a conflict and yet, in the 21st century, “a longing for increase in the acquisition or use of material gain; or social value, such as status, or power” has been greatly encouraged. Isn’t this a core philosophy of capitalism? If you search for lists of the most successful people in the U.S., for example, you will see the names of people who have acquired enormous “material gain as well as social value, such as status, or power.” Saints, ascetics, or yogis practicing austerities don’t belong to the lists of the most accomplished people.

So, if the philosophy of capitalism is rooted in greed, following Dr. Buteyko’s logic, it should be triggering over-breathing, creating the basis for many diseases. To sum up, people living in this society overtaken by over-consumption should not be well. How interesting! This describes the situation in the U.S., where most people have to be on medication. Allene Edwards, the author of an article titled How Healthy Is the United States Compared to Other Countries? wrote, “We spend the most on healthcare but our lifespan is shorter than the leading nation. What do we have an abundance of? An ever-growing abundance of vaccines and processed “foods” filled with genetically modified organisms, sugar, high fructose corn syrup, MSG, artificial flavors, colors, preservatives, and pesticides?” In any place where people are infected by an overwhelming desire for more (even for inhaling more air), health becomes a scarcity.

Next, I decided to check on the definition of Buteyko’s panacea for this situation. “Altruism is,” all-knowing Wikipedia stated, “the principle and moral practice of concern for the welfare and/or happiness of other human beings or animals, resulting in a quality of life both material and spiritual. It is a traditional virtue in many cultures and a core aspect of various religious and secular worldviews.”

I asked myself: how does this correspond with Dr. Buteyko’s train of thought? Most spiritual traditions state that practicing altruism instead of a self-centered approach makes people suffer less and feel more joyful. This approach also supports more gentle and harmonious breathing patterns, typically resulting in a higher CO2 concentration in the lungs. This leads to optimal health, strong stamina, and emotional balance, where people naturally don’t need medication. Western science agrees: studies conducted by Duke University Medical Center confirmed that spirituality positively affects our mental and physical health.

What is the conclusion of this contemplation? That members of a society driven by greed develop a greater tendency to hyperventilate and be ill when the members of a society driven by compassion and concerns with the welfare of all beings (not only people but all inhabitants of planet Earth and beyond) would tend to breathe nasally and gently and be healthier. Mind, body, and spirit are interconnected, and the progress of this system called “a human being” is fueled by CO2, which I call “the molecule of evolution.” Thank you, Dr. Buteyko, for sharing this sacred knowledge, so we understand why it is vital to keep moving from greed toward altruism.

By the way, ancient yogis also believed that prana was a key for becoming healthier and making progress on a spiritual path. Dr. Buteyko’s life was a good example confirming that it’s true. By applying his own method, he significantly increased his CO2 concentration and, as a result, overcame a deadly disease. This was at the beginning of his medical career. Later, his patients considered him their spiritual guide and a true Healer with extraordinary abilities to help.

5 thoughts on “Sacred Knowledge about the Molecule of Evolution”