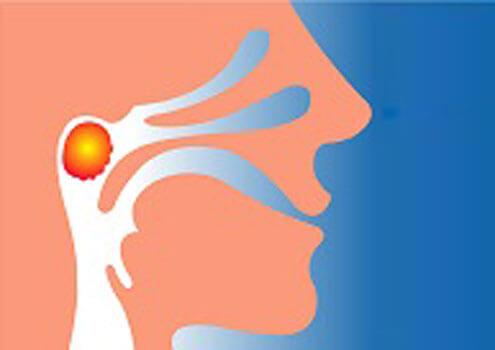 Adenoids Without Surgery Is Possible

An adenoidectomy is an operation performed on young children. This surgery removes swollen adenoids in children whose bodies are not able to reduce the swelling on their own.

According to K. P. Buteyko, MD, the enlargement of the adenoids, as well as the inability to reduce the swelling or edema, is a compensatory mechanism created by the immune system. This swelling and narrowing of the airways is a reaction to chronic over-breathing, especially through the mouth, which can be very damaging to all the systems in the child’s body. Dr. Buteyko discovered that the body increases the size of the adenoids in order to reduce hyperventilation. Additionally, the child’s body begins to produce other symptoms, such as an increased amount of mucus, which partially covers the respiratory passages for this same reason – to force the child to breathe less.

Knowing that enlarged adenoids can lead to more serious health problems, physicians frequently suggest that this vital immune organ be removed. However, by restoring normal respiratory function in a child, it is possible to avoid the surgical removal of adenoids. The Buteyko Breathing Method programs help to achieve this goal.

The final decision regarding surgery should always be made by parents and their child’s physician. Although adenoidectomy is a very common surgery, performed on thousands of children per year, it is important that you know what your adenoid treatment options are ahead of time, and know what you should expect after adenoid surgery.

Following adenoid surgery, your child will experience some pain, although not as much as children who have had a tonsillectomy. Most often children will have a sore throat for about two weeks following surgery, with days five through ten being the most difficult. This is when the scab at the back of the throat will typically fall off. Your child may also experience some pain in the ears because the nerves in the throat are linked to those in the ears. Do not be alarmed if your child has bad breath while the adenoids are healing, as this is perfectly normal as well.

Typically, following adenoid surgery, a child may experience a period of improvement when nasal breathing can be restored. If the respiratory function can be normalized, the child’s immune system begins to recover, and he or she stops hurting. Read testimonials of those who have experienced breathing improvement after adenoid surgery with the Buteyko Breathing Method on our testimonials pages.

Restore Nasal Breathing To Maintain Health Of Adenoids Without Surgery

In order to avoid adenoid surgery in the future, it is vitally important to restore nasal breathing. Parents should be aware that the adenoid surgery often improves a child’s condition in the beginning, but afterward, the child may begin to get sick again. Without breathing improvement the improved condition will only be short-term if chronic over-breathing continues. The adenoids often grow back as the child’s immune system again attempts to protect the body by enlarging the adenoids, and yet again surgery may be recommended. A vicious cycle takes shape.

Both Clinica Buteyko in Moscow and the Buteyko Breathing Center continually encounter children who have undergone multiple (as many as four) adenoid surgeries. Repeated adenoidectomy is physically and psychologically traumatic for a child. If the adenoid condition continues even after the surgery, it can lead to further development of respiratory issues such as bronchitis, coughing, allergies, and asthma

The Buteyko Breathing Center offers a program to treat the underlying problem of over-breathing, based on Dr. Buteyko’s discoveries, called Adenoids without Surgery. A Buteyko Breathing Method Specialist teaches children and their parents how to normalize breathing by eliminating hyperventilation. This significantly improves a child’s health, and adenoid surgery may be prevented in the future.

Immediately following adenoid surgery, your child will need nutritional food and beverages, although certain food will be difficult for them to ingest, depending on their pain level. Fortunately, children do not experience as much pain or difficulty eating following this surgery as they do when their tonsils are removed. Liquids are very important, as they help keep your child from becoming dehydrated.

Once again, restoring nasal breathing habits is critical to the healing process as well as to improved health in the future. This is where a Buteyko Breathing Method Specialist can be helpful in working with the child, but also with his or her parents, helping them to understand how to create an environment conducive to healthy breathing.

Most children love the Buteyko breathing exercises and find them to be fun. The majority of the breathing exercises take place in the form of a game, and children enjoy doing them. The Specialist will also examine the child’s lifestyle, especially a part regarding his/her physical activities, and make recommendations to the parents on how to make modifications in order to support light nasal breathing. This normally helps the child to avoid adenoid surgery in the future and significantly improves the function of the child’s respiratory, immune, and nervous systems, as well as their metabolism. Other factors are diet and sleep habits, all of which should be considered in order to support light nasal breathing.

The benefits of these lifestyle changes can be dramatic. Since the Buteyko Breathing Method significantly improves the supply of oxygen to the brain and other organs, breathing exercises improve children’s abilities to concentrate, and they become calmer. As a result, their performance in school usually improves, and their family relations begin to be considerably easier and more pleasant. These are just a few of the benefits that many parents notice when  Buteyko Breathing Method Specialists train them to improve their child’s breathing!