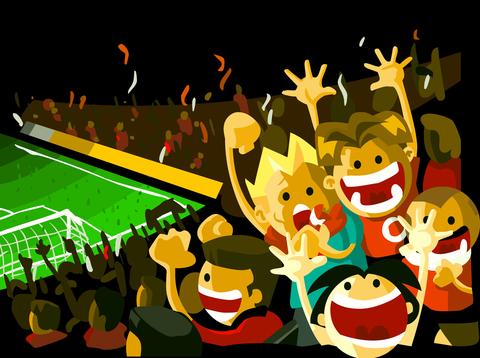 We are surrounded by people. We go to a shopping mall and expose ourselves to germs carried by others. At school, children exchange their air-borne viruses. After a relaxing night in a restaurant, you could end up with pneumonia, just because a waitress sneezed. Overcrowded events such as presidential debates or football matches might not represent the danger of a bomb explosion but definitely represent the danger of catching a deadly infection.

This goes both ways. What about your impact on others?

When you have flu, for example, do you lock yourself at home to protect others from your virus? The majority has no choice but to keep up with their lives by suppressing their symptoms. Let’s imagine the day of a woman who wakes up not feeling well; she has influenza. First, she takes medication to make herself functional; then, she has coffee with her husband; drives her toddler to kindergarten; stops at the post office and goes to work. She works as a receptionist in a hotel. People. People. People. They surround us. Even if you are a very responsible person, there is no simple way to protect others from your air-borne germs.

Except one! An ancient one! A basic one! And the natural one! You just need to start breathing through your nose instead of your mouth. You must maintain gentle nasal breathing 100% of the time; no exceptions.

Why will breathing through the nose protect you and others?

The majority of viruses cannot survive on the mucus membrane in the nose, which creates a hostile environment for them. According to A. E. Novozhilov MD, when breathing through the nose, you are in fact sterilizing the air that enters your body, and this creates a shield against virus-based respiratory problems, including lung infections.

Here is what the nose does:
1. It filters the air.
2. It moistures it.
3. It changes its temperature, warming up air if necessary.
In short, it fully prepares air for our consumption. And, perhaps, even more importantly, it protects us from airborne viruses!

So, use your nose!

Easy to say but difficult to implement. For many people, mouth-breathing is a life-long habit, which is not easy to conquer. By making an effort, they are able to breathe through the nose while sitting quietly but cannot sustain it while talking or during physical activities, or at night. That is why the Breathing Center offers training, which helps adults and children to establish continuous nasal breathing that eventually becomes automatic.

Breathing through your nose is the best armor against airborne germs. Take responsibility for your breathing and protect yourself and others.