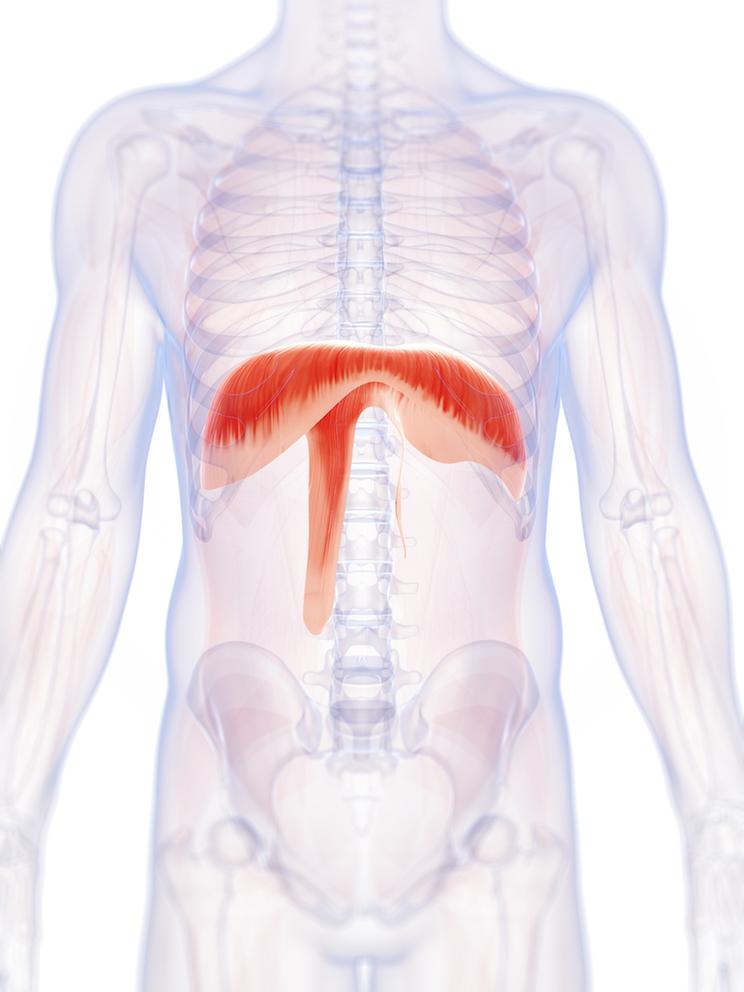 For the first time in my life, this question appeared in my mind during my meeting with Ludmila Buteyko at Clinica Buteyko Moscow, where Thomas was receiving his asthma treatment.

“If your diaphragm is tense, your breathing will be heavy”, Ludmila said. She left her office chair to demonstrate the difference between a relaxed and tense diaphragm. She asked Thomas, and then me, to put a hand on the upper part of her stomach in order to feel those two states. The distinction between them was significant, though it was difficult to describe it in words. “If you relax, you will switch into shallower breathing. Most people cannot do it since it is out of their control, just as they cannot slow their heartbeat,” Ludmila concluded.

“Since I’ve never even felt my diaphragm, it must be very relaxed”, I kept thinking after this meeting. This illusion became ruined after I started using the Buteyko Belt. I felt not only the area in between my ribs but intense tension as well. I continued wearing the belt and then something happened: I put my hand on the upper part of my stomach – it was soft. At the age of forty-four, for the first time in my life, my diaphragm was relaxed! After this, my breathing changed and my Control Pause went up, which lead to a significant improvement in my health.