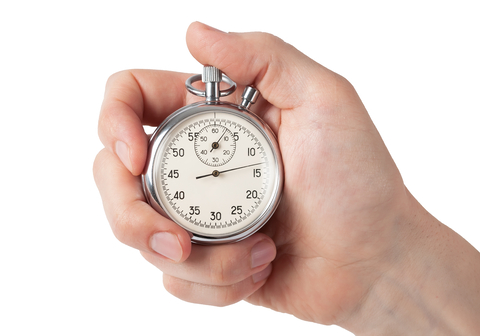 When Thomas and I were introduced to the Buteyko Breathing method, my Positive Maximum Pause was just a bit higher than 10 seconds; his was less than 3 seconds.  These numbers indicate that Thomas’ situation was critical and he could have died from asthma. My situation was much better – I did not belong to the category of severely ill people; however, I was also far away from ‘optimal health.’

Dr.Buteyko created a chart, which illuminates breathing measurements. Below, I have pasted a translated version of a chart drawn by his own hand; the chart hangs on the wall in our office.

The body conditions and criteria of lung ventilation according to Dr. Buteyko:

According to Dr. Buteyko, a totally healthy person has Positive Maximum Pause of 60 seconds and Control Pause of 30 seconds or higher. This means that for this person it is easy to stay without air for one minute and extremely easy to do it for half of a minute.  At this point, a person does not have any symptoms and his immune system protects him or her from seasonal respiratory problems as well as many serious health issues. Also, his energy capacity is high and his body does not require a great deal of food or sleep in order to rejuvenate. Of course, this state of â€˜perfect health’ does not occur when your PMP reaches 60 seconds just once. A person belongs to this category only when his PMP is 60 seconds or higher all the time â€“ day and night â€“ for at least six months.

In today’s world, it is extremely rare to meet an individual who belongs to this category. If you do, most likely it would be an elderly person quietly living in a rural area. Since â€˜optimal health’ has become such a rarity, doctors in Clinica Buteyko suggested lowering â€˜the Buteyko norm’ to 40 seconds to adjust it to our current situation.

If your PMP and CP are below the norm, it means that your health is compromised to some degree.

If your PMP is stable between 40 and 60 seconds, it means that, by modern standard, you are an extremely healthy person. Most likely, you don’t have any symptoms and even if you do, they don’t last long. You must be medication-free. The problem is that your immune system is still not strong enough to completely protect you from diseases.  If you develop a disease, your immune system will be weakened, which will in turn lower your PMP/ CP.  Dr. Buteyko said that the real life of a human being starts after their PMP stabilizes at or above 40 seconds; before that it is suffering.

Presently (in 2012), I belong to the upper part of this category. Even though my PMP sometimes goes as high as 120 seconds, it fluctuates; but never goes lower than 40 seconds. Therefore, I am in the 1st degree of abnormality category and yet I am healthy as never before. Even though I am almost 50, every year I feel and look better, and this is despite the fact that now I am working much more that I’ve ever been. For three winters in a row, I have not had any colds or flu and all my previous health issues known to me have disappeared. Of course, I am aware that I haven’t reached the final destination and I am enthusiastic about continuing practicing the method.

If your PMP is in the range of 25-40 seconds, you belong to a category of the semi-healthy/semi-ill. You might actually think of yourself as a healthy person and if so, this means that you have health issues you are not aware of or consider them normal. For example, you might periodically have headaches, heartburn, or constipation. You might say: Who doesn’t? Isn’t it normal? My answer is: people whose PMP is at the norm don’t. And yes, it is very common but not normal. These symptoms should go away if you improve your breathing.
If your PMP is closer to 25 seconds, you might still have primary symptoms of various diseases.

Currently, Thomas belongs to the top range of this category even though his PMP sometimes goes up to 80 seconds. Considering the fact that his lungs were damaged by Legionnaires’ disease and COPD, it is truly amazing that he reached this level. He is medication free, strong and healthy. He still has mild ailments though; from time to time he catches a cold or flu but normally they last a few days only.  Of course, Thomas continues to work on his health.

If your PMP is between 10-25 seconds, you are not healthy. You breathe in 3-6 times more air than your body needs. This creates a very negative impact on all systems of your body and offsets many functions. Most likely, your symptoms are active and your energy level is low. It is also possible that you often experience a lack of mental clarity or have difficulties concentrating. You are influenced by weather changes.
Do you belong to this category? If so, don’t worry: the Buteyko Breathing Method can correct these issues.

Dr. Buteyko stated: if PMP is below 10 sec, a person is severely ill â€“ whether he/she is a child or adult, whether he has symptoms or not, whether he is aware of it or not.  A person from this category is emotionally vulnerable and their eyes often fill with tears (unless they are suppressed).  That person’s memory is not that good, neither their ability to focus; often there is an issue with self-esteem. This person might experience chronic fatigue or depression; or might often have small injuries. There might be very strong symptoms and the person might be on strong medication.  This person critically needs to improve breathing. If they don’t, the situation might get out of control to a point when it becomes difficult to correct it.

If a person’s PMP is below 5 sec, he or she is critically ill â€“ whether he has symptoms or not. This situation needs the immediate attention of Buteyko Breathing Method specialist and a lot of one-on-one work.

Please note that an in-take of steroids and some other medical drugs might affect a proper breathing measurement. Steroids always inflate CP and PMP. If you’re on steroids, keep in mind that your real measurements are significantly lower compared to what your breathing indicates.

The last line of the chart:

When a person passes away, his/ her CP and PMP become zero.
Buteyko was able to predict, sometimes to the hour, when a patient would die. It used to make his colleagues uncomfortable, so much that they assumed that he was familiar with magic. Some doctors and nurses would even call him The Sorcerer behind his back.  Buteyko’s forecast was not based on the supernatural but on precise scientific observations. He knew: when PMP reaches its bottom, life comes to its end.

You probably noticed that there is also an upper part to Buteyko’s chart. What happens when PMP goes above the norm? Is it even possible? Yes. Many of Konstantin’s students had PMP of 120 and even 180 seconds, and you can train yourself to go that far. Many advanced spiritual practitioners, particular yogis, belong to this level. From Buteyko’s medical perspective, this state of human well-being is abnormal but in a positive way. When PMP goes beyond 60 seconds, the person starts developing extraordinary abilities â€“ for example, their intuition becomes stronger, their inner monologue quiets down, confidence strengthens and the decision-making process becomes easier. During the late stage of his life, Konstantin Buteyko possessed some extraordinary skills, or as yogis call it ‘siddhis’: he was known for his ability to foresee the future, heal with his hands, access information telepathically, among other things. He developed these â€˜powers’ by applying his own method.

High PMP also reassures a long and active life. Interestingly, in some yoga traditions, the life span was measured not by years but by the number of breaths. Some believed that every person is given a fixed number of breaths â€˜to spend.’ If breathing is heavy, it will be used quickly and an individual will end up dying young. Shallow breathing allows this precious capital to be stretched, resulting in many years of productive life.

Reduced breathing consumption definitely slows aging. I know it from my own experience as well as the experience of our students.  When I start working with someone, I know that if this person is diligent, in two or three months their friends will start noticing changes. Normally, people ask What happened to you? You look so much better now! The answer: increased oxygenation of skin as well as the whole body due to a higher level of carbon dioxide in the lungs.

Please keep in mind that the Buteyko Breathing Method is not a pill and it will not change your health instantaneously. I’ve observed many people become impatient. It takes at least six months for immune, nervous and other bodily systems to rehabilitate. The training facilitates this process but there is no way to jump from being an invalid to being a superman. Recovery is a gradual process; even though this method is the most effective and fastest compared to any healing technique I am familiar with, it still requires time. If your health is seriously impaired, most likely, your PMP won’t reach 60 seconds soon. It does not matter; what is important is that your PMP will be rising and you will be following the path to perfect health.

To measure your breathing please visit the Self-Test page