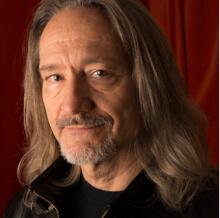 My breathing problems started with an exposure to a herbicide called Roundup, after which I developed shortness of breath.  This breathing issue persisted and continued to get worst over time.  Sometimes I had the need to gasp or suck air.  I would try to do this with only my nose but eventually I was doing this through my mouth.   It was very uncomfortable and confusing for a guy who never had a breathing issue in his life. I was athletic as a kid and even as an adult, I am active. I have done yoga and meditation for decades and I worked as an actor for a long time, so feel I was pretty aware of breathing.  So for this labored breathing and shortness of breath to happen so quickly was a surprise.  I had this issue for about 9 years.

Right away after Thomas taught me that 1st session of Buteyko Breathing Normalization course, I started to notice a change simply from Breathing Less, as he emphasized it was my first priority. Breathing Less and Stress Exhale have helped a lot.  I did just that and followed his simple instructions on doing seated sessions 3 times a day at first. My shortness of breath feeling went away quickly, all from breathing less! This was because I had been over-breathing ever since that first herbicide exposure, maybe even before that, which was causing me to hyperventilate. In fact it was Sasha who pointed this out in her first email to me.

Also the breathing issue was being exacerbated by work stress. I work in concurrent disorders, addiction and mental illness, and taking care of my wife who has 4th stage metastatic cancer. Also, my mother is now 90 and sometimes I have to drop everything to go help her.

The more stressful things became the more difficult my breathing became at times. Very frustrating. So you could say my life and work can be stressful and at times emotionally draining. However, I am finding that the Buteyko Breathing Method is pretty powerful. It worked fast and is helping me to manage stress, and especially anxiety, much easier and more directly in the moment. It brings awareness of the situation through the breath. Stress rises and passes much more quickly and I have calmer reactions to situations. I am more aware of how I feel in the moment. I also yawn more now and it feels good to do so. I also love listening to or chanting along with the Om Mani Peme Hum mantra in my car or when out walking dogs.  It is very calming.

Now it is important that I continue to practice and I do at least one formal seated session a day. I do not think Buteyko is magic but it really works if I do it everyday. Being aware of the breathing and the diaphragm moment to moment helps a lot too. I can see how this is a lifetime practice with many good benefits.

Thanks to Thomas and Sasha at the Buteyko Breathing Center.
Remember Stress/Exhale and Breathe Less!