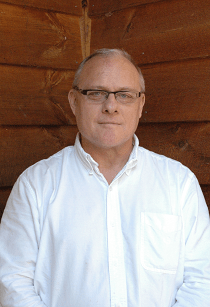 For those wondering about the longer term benefits of the Buteyko Method, I have been using the Buteyko Method, breathing exercises, and other techniques for 18 months now and I continue to marvel at how effective it is. When I very first started, I was in bad shape, my health was poor and I was using my albuterol inhaler up to 20 or more times in a 24 hour time period. I have now decreased my use of my albuterol by 95% and am requiring only about 5% of what I was using before I started Buteyko to maintain healthful breathing. That remains as an astonishing result in my life – something that continues to amaze me.

My health is much more stable in general but to maintain that, I do take precautions such as getting my flu shot, restricting my exposure to irritants and other things that cause inflamation in my airways. I have not yet reached the peak of what Buteyko can do for me and I will continue to practice the Buteyko Method to improve my health and well-being, as well, I hope, extend my life expectancy. Another remarkable aspect of learning the Buteyko Method is that once the techniques have been learned, a person can go about their life practicing it as much as they are able. There is obviously always more to learn about it but once learned, there is a certain freedom. That is a valuable gift in anyone’s life.

P.S.: The New York Times wrote an article about David Wiebe and the miraculous results of his Buteyko practice for asthma.