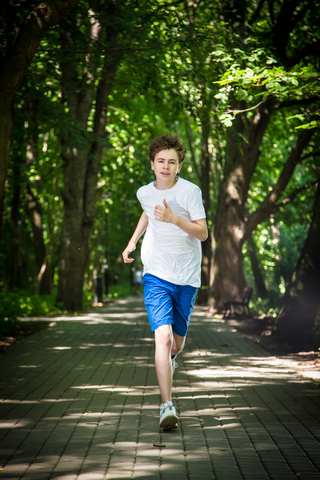 When my teenage son was diagnosed with asthma following severe seasonal allergies in 2009, the physician prescribed daily medication and a rescue inhaler. He said it was the only option we had. After taking his medications regularly for several months, my son still felt constant tightness in his chest and was unable to run competitively as he had prior to becoming ill. The doctor did not seem to believe that my son was still having problems.

Fortunately Jane Brody published her New York Times article on the Buteyko Breathing Method a couple of months later and we were able to attend a Buteyko workshop within weeks of reading the article. It’s now been nearly a year since my son and I learned the Buteyko Breathing Method. He is now off all medications and is the fastest runner on his high school cross country team.

I am no longer worrying about the long term effects and cost of the medications he was taking. Personally, for the first time in years I did not need to take any allergy medicine when all the plants were blooming this spring. The Buteyko Breathing Method allowed us to treat the cause of our asthma and allergy symptoms instead of simply relieving the symptoms with medication. I look forward to teaching it to others so they too can experience the benefits of breathing less.