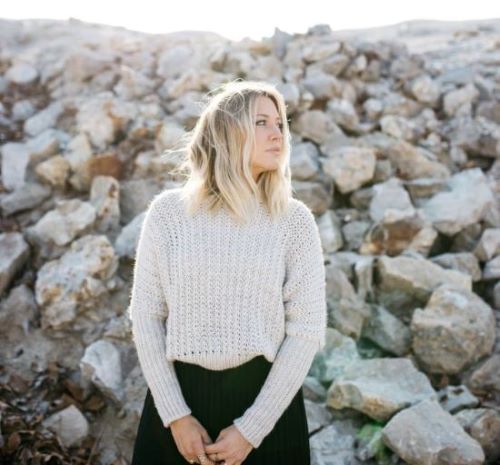 1 in 13 people across the nation have asthma. Can Buteyko help?

According to research, over 25 million Americans have asthma, and in fact, there has been a recent increase in cases of asthma across the US. Whether you’ve been suffering from the debilitating condition for years or recently developed it, you’ve probably done your fair share of research into possible treatments.

We strongly recommend seeking professional medical help. However, conventional treatment shouldn’t be your only course of action. Analyzing and correcting unhealthy breathing patterns is a healthy, safe, and effective way to relieve symptoms, and improve overall respiratory health.

In recent years, the side effects of conventional treatments have come to the forefront. Several asthma drug combinations are deemed dangerous. In light of these studies, people have been looking into all-natural treatments for asthma. Today, the Buteyko Breathing Method is considered the most effective alternative approach to alleviating the side effects of asthma.

The popular strategy is used to make the breathing pattern more balanced and even. This is achieved through healthy, consistent, and natural-paced breathing through the nose. By regulating the exchange of air, Buteyko Breathing helps improve respiratory health. It also tackles the damage caused by years of over-breathing/hyperventilation, which is one of the leading causes of asthma.

If you’ve heard about Buteyko Breathing Techniques, but aren’t quite familiar with the extent of their benefits for asthmatics, continue reading.

Asthma is triggered by the chronic allergic inflammation of the bronchial tubes. Consequently, an asthmatic experiences a reversible airflow obstruction. Over time, their air passages become narrow and inflamed.

As the damage sets in, they experience shortness of breath, a tight sensation and/or pain in the chest, frequent coughing, wheezing, and other breathing problems. The bands of muscle around their airways tighten, which makes it increasingly difficult for air to pass through. The tightening gets worse with time, which exacerbates the symptoms.

In order to relieve the painful symptoms of asthma, the allergic inflammation of the bronchial tubes must be stopped. According to Dr. A.E. Novozhilov MD, the co-creator of the Buteyko Breathing Method, conventional medicine isn’t capable of achieving this goal.

This is largely because the main cause of the allergic inflammation of the bronchial tubes hasn’t been fully comprehended. Its mechanisms and development are still perplexing to even the most qualified pulmonologists and medical researchers. For this reason, asthma is often deemed incurable.

Fortunately, there is a natural, effective, and healthy way to reduce the allergic inflammation of the bronchial tubes. This inflammation is triggered by over-breathing/hyperventilation, which disrupts the body’s natural oxygen and carbon dioxide balance. The Buteyko Method improves lung function by restoring this balance. As the carbon dioxide levels normalize, the tightened and inflamed muscles around the bronchioles begin to heal.

Asthmatics who follow Buteyko Breathing Techniques have less difficulty exhaling as the tidal volume is reduced and the respiratory rate is returned to normal. Over time, airway inflammation significantly reduces, which helps alleviate the symptoms of asthma.

For more insight into what modern medicine is missing, watch this clip of Dr. Jesse Steinberg, Advanced Buteyko Specialist, sharing his personal story:

By triggering the buildup of mucus in the lungs, asthma causes chest congestion. This exacerbates common symptoms of asthma, including nasal stuffiness, coughing, and wheezing. Owing to chest congestion, people also feel a strong need to clear their throat, which they are unable to do. As a result, they feel uncomfortable for long durations.

In some cases, there is a lingering sense of discomfort that doesn’t go away. As a person inhales cold, unfiltered air through their mouth, their asthmatic chest congestion gets worse.

In many cases, asthmatics are encouraged to practice deep breathing. Unfortunately, this is akin to adding fuel to the fire. By breathing deeply through their mouth, asthmatics inadvertently worsen the damage to their airways and lungs. The delicate pulmonary musculoskeletal system is further inflamed, irritated, and damaged. Consequently, the congestion worsens.

Buteyko Breathing helps undo the damage. As a person inhales warm, filtered, and moistened air through their nose, the mucus in the nasal passages and lungs is loosened. As the inflamed blood vessels in the nasal passages heal, any congestion is cleared up. Over time, airway constriction is reduced. As the person continues to practice Buteyko Breathing Techniques, their airways and lungs resume healthy function.

The Buteyko Method is known for offering enhanced control to asthmatics. Whether you’re having a coughing fit or experiencing another painful symptom, you can control your asthmatic attack and normalize your breathing. In most cases, asthmatics are unable to do this. Instead, they have to endure the symptoms for long durations.

The Buteyko Technique undoes a lot of the damage caused by mouth breathing, especially frequent deep breathing through the mouth. This significantly increases symptomatic control, which goes a long way in making the person feel at ease.

Our website is replete with valuable resources, including video and audio courses, and books. For a personalized session with Buteyko Breathing Specialists, we recommend looking into our individual programs.