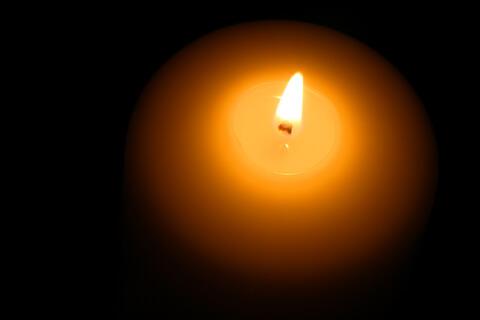 Thomas Drakon Fredricksen, the co-founder of the Buteyko Breathing Center, passed away from this world.

On the evening of June 20th, his liver shut down and his heart stopped. He had been struggling with various liver problems for nearly forty years. His life span greatly exceeded the expectations of his doctors.

Thomas had a graduate degree in psychology from Johns Hopkins University. He was trained at Clinica Buteyko in Moscow and worked as an Advanced Breathing Normalization Specialist. In 2009, together with his wife, Sasha Yakovleva, he founded the Buteyko Breathing Center.

Thomas (or Drakon as his friends called him) will be remembered as an extraordinary person and an inspiring teacher who touched the hearts of many people. The Breathing Center’s website contains numerous testimonials of his students who tamed their asthma (just as Thomas did) and were able to improve their overall health. Thomas made an immense contribution to making the Buteyko Method available in the United States.

The last year of Thomas’ life was a struggle but even during this challenging time, he was often occupied by a concern for others. He was trying to stop his liver cancer and was planning on sharing his discoveries in order to help others suffering from cancer. He continued doing breathing exercises and was fascinated by their positive effect on his pain and vitality.

As a child, Thomas resided in Camp Hill, Pennsylvania. During his life, he mainly lived on Maui, Hawaii, and in Woodstock, New York. For the last five years of his life, he made his home in the mountains above Boulder, Colorado, where he lived with his wife and two Australian Shepherds.

Thomas had a strong Christian background: he was born into a Christian family, spent a lot of time in church as a child, and went on to receive his first degree from a Christian college. Later in life, he met his guru â€“ the Venerable Lama Tenzin – and added Vajrayana, a Tibetan Buddhist tradition, to his religious foundation. This became his main spiritual path.

An urn with his ashes will be placed in a Buddhist columbarium at Karme Ling Retreat Center in upstate New York. If you’d like to be a part of this ceremony in the spring of 2018, please email us: info@breathingcenter.com.