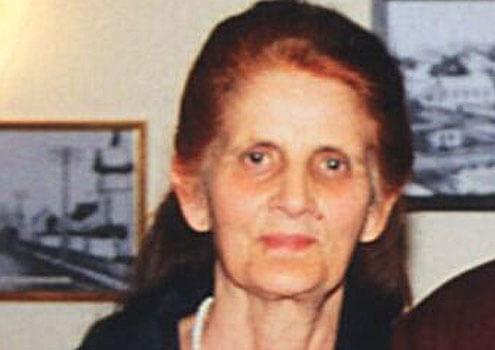 The discovery of Dr. Buteyko is now 56 years old and yet it is still not accepted by western medical doctors. Why? During his life in the Soviet Union, Dr. Konstantin Buteyko was frequently persecuted: under these circumstances, he did not have legal rights to train medical doctors. At that time, he mostly taught his ex-patients, those who successfully applied his method to cure themselves and wanted to pass it on to others. He trained them to help other people in need of a cure but never allowed them to train others to become Buteyko practitioners.

One of those ex-patients was Alexander Stalmatskiy who managed to overcome his extremely severe health condition by applying the Buteyko Method. When he moved to the West, he began introducing the method to people who were often very sick and soon realized that he could make a lot of money because of this, the main focus of his activities became commercial. He started training other Buteyko practitioners without even notifying his teacher Konstantin Buteyko. This greatly harmed the development of the Buteyko Method in the West.

If those first practitioners would have had a chance to be trained properly and would have fully understood the idea of K. Buteyko, I believe, his method would now have been accepted by western medical doctors. I feel it did not happen because of the faulty work, which could not generate interest from medical doctors who only saw the mistakes and limitations. In 1999, K. Buteyko and I were invited by Prince Charles to visit London. To our surprise, we found out that there were many Buteyko practitioners. Being interviewed by a local newspaper, Konstantin Buteyko stated that he did not train those practitioners and that they possessed no rights to teach his method. After this article was published, most practitioners were on the run in the sense that they even did not want to meet with Dr. Buteyko. At that time, their work generated many complaints from their patients. In 2002, during the last year of Konstantin Buteyko’s life, a person from Ireland visited Clinica Buteyko in Moscow and spent a few days learning the method.

Later on, he started teaching other specialists under our name “Buteyko Clinic.” Why did he do that? Having a business background, he understood that without our name he would have fewer clients if any. Even though I have never permitted him to use our name, he is continuing to do so. He also continues creating new practitioners, whom I have never seen and never had a chance to evaluate their professional abilities. All on his own, this person decided that he is an outstanding teacher and started multiplying his so-called Buteyko Clinics all over the world. During the course of many years, I have had several opportunities to meet with western Buteyko practitioners. Many of them were trained for just a couple of weeks and did not have any contact with Clinica Buteyko (Moscow). Even though many of them were sincere and enthusiastic in their approach, I need to say that, unfortunately, I was shocked by their lack of knowledge. Often, I also felt that the ethics of some practitioners was not up to the standards they should have been at: they even did not manage to cure themselves, yet they were teaching others how to become cured.

Those practitioners would often help their clients to eliminate the symptoms of their diseases instead of curing the diseases. Many of these clients also had to go back to their medical doctors due to the impediments of their health. This caused the doctors to say: “How could you possibly take the Buteyko Method seriously?” The current situation in the West is very different compared to Buteyko’s vision on how practitioners should be trained. He always took this matter very seriously. In order to accept someone as a teacher of his method, Konstantin Buteyko would normally have monthly meetings with this person for a period of one or two years. During those meetings, future practitioners would first present their reports containing data regarding their work. Then, they would discuss complicated cases and Dr. Buteyko would advise them how to avoid the mistakes or how to correct them. Sometimes, he would also selectively interview their patients. I personally worked alongside Doctor Konstantin Buteyko for 34 years and yet I had questions for him until the end of his life. He was teaching me constantly. The progress of every patient was monitored by him and my work was carefully examined.

After five years of working with him, I was granted permission to treat patients alone. Even then, he still kept an eye on my work. Even though he called me the best practitioner in the world, I would never imagine training practitioners on my own since I was fully aware of the enormous complexity of this work. To teach practitioners is a very serious job if your goal is to cure patients completely! As you know, in Russia we offer the Buteyko practitioner training to medical doctors only! Nevertheless, we are now making an attempt to invite all western practitioners to collaborate with us. Our goal is to increase the quality of their services and unify the Buteyko Method all over the world. We are aware that this is a long and laborious process; however, there is no other choice if you wish to reach the level of competency that Dr. Buteyko required. You cannot become a competent practitioner after only two or three weeks of training! In previous years, we mostly concentrated on the preservation of the Buteyko Method and we were not paying enough attention to business matters.

In a way, we trusted people relying mainly on their ethics and honesty. Now the situation is different: we rely on our legal rights. The Buteyko Method is a patented method. It was patented in Russia in 1989 and currently, I am the only heir of K. Buteyko by law and by nature of our lifelong collaboration. I am the holder of this patent and the owner of the intellectual property associated with it. The Buteyko logo and the trademark ‘Buteyko’ are also registered in Russia as well as other countries. At the moment, we are finalizing the process of worldwide registration. Any person who uses the Buteyko Method is required to a licensing agreement with me or an organization authorized by me. Clinica Buteyko in Moscow is the bearer of the general license for intellectual property. The only other Clinica Buteyko locations exit in Novosibirsk, the city where Dr. Buteyko created his method. There are no other medical clinics anywhere in the world, which have permission to use the name of Clinica Buteyko.

We have one exclusive representative in the western hemisphere – the Buteyko Center USA (now BreathingCenter.com), which holds the exclusive rights to educate on the Buteyko Method. As the patent holder for the Buteyko Method, I expect Buteyko practitioners to raise their qualifications to the highest possible level. All Buteyko practitioners will be required to undergo examination, demonstrate their knowledge, and provide us with data about their work. If there are people among you who sincerely want to learn the Buteyko Method comprehensively, Clinica Buteyko (Moscow) and Breathing Center (USA) are available to educate you. Those practitioners will be granted all the legal rights to work as Buteyko Method specialists; continuous education and supervision will also be available for them. Some people might consider creating an association as an alternative to this. You can do this, though the association will not dispel ignorance and fantasizing, which has become commonplace in the application of the Buteyko Method in the West. It might help in making money but not in creating total competency. In this world, there is only one goodness – it is knowledge, and only one evil – it is ignorance. Please try not to fall into the second category.