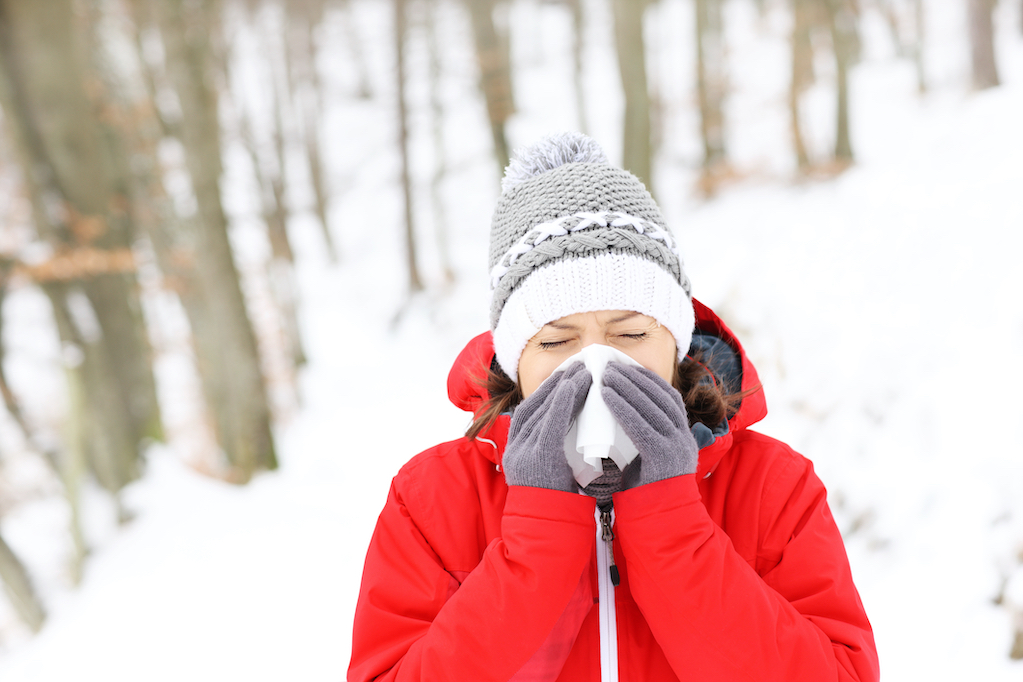 Runny noses can be a drag in any season but are more prevalent in the winter. Annoying and also sometimes embarrassing, this issue often accompanies people during their walks or other outdoor activities. There are two main reasons why your nose could be running even though you feel well: the air is cold and/or you are over-breathing.

One of the nose’s functions is to change the air temperature: when the air is cold, the nose will warm it up by generating mucus. Mucus gets produced by your mucous membrane that runs from your nose to your lungs. Mucus narrows the airways, slowing down the airflow and making the air, which is about to enter the lungs, warmer. The used, colder snot will run out of your nose while your body will continue coating your nostrils with the warmer lubricant.
So, start cooperating with your nose by assisting it in altering the air temperature. How? By simply putting a warm scarf around your face. The air inhaled through the scarf will be warmer, allowing your nose to cease its hard work.

Even if you are inhaling the warm air, your nose can continue creating mucus due to over-breathing. Why? Because over-breathing is dangerous for overall health, and your nose, your loyal guard, wants to keep you safe. If you over-breathe (whether through your mouth or nose), your body will decrease the diameters of your airways, especially nostrils, by filling them up with mucus. In other words, if you don’t reduce your air intake deliberately, your body will do it on its own.
To stop over-breathing, avoid breathing through your mouth, and instead, breathe solely through your nose. Also, keep your respiration silent or as quiet as possible. If you cannot do this, our Buteyko Breathing Center’s Specialists can teach you how to develop this healthy skill. 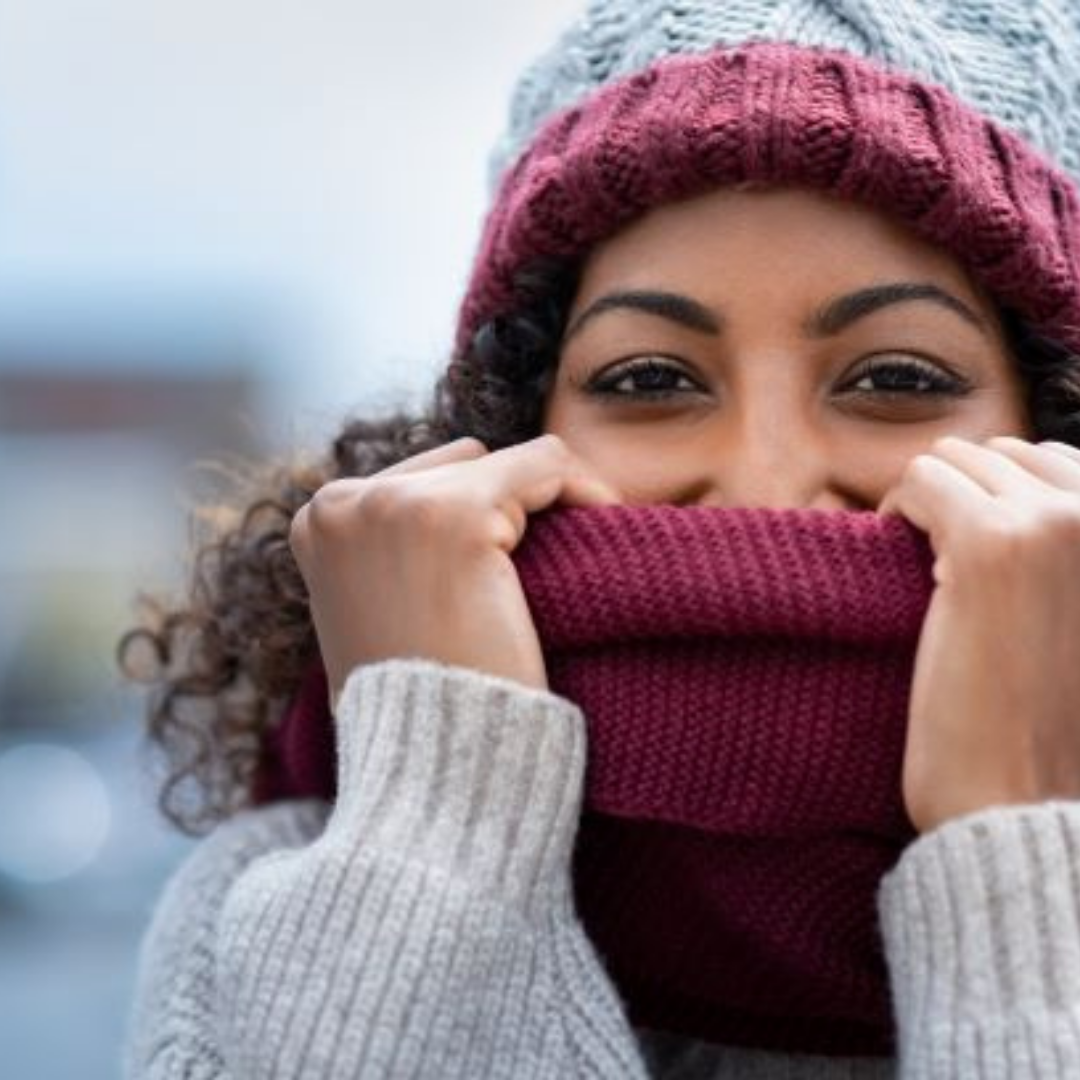 In short, to prevent a runny nose when the air is cold, wear a scarf around your face (including your nose) and breathe gently through your nose only!