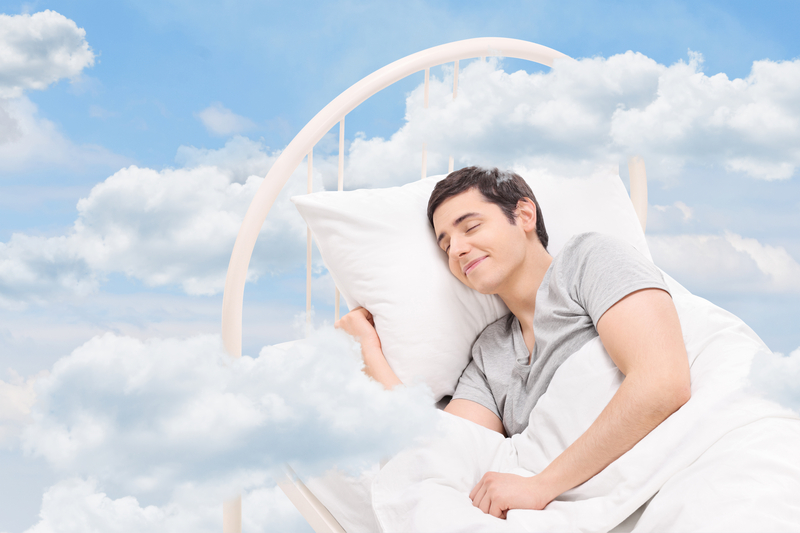 Learn How To Breathe Better While Asleep

When we are asleep, we don’t have any control over our breathing. We are also physically inactive and our metabolism is slow, producing less carbon dioxide than during active periods of the day. Hyperventilation is the strongest during the night and especially early in the morning, usually generating asthma attacks and other strong symptoms. Stopping hyperventilation during the night is an important step towards better health.

Stopping hyperventilation should be accomplished in two stages:
1. Switching from mouth to nasal breathing at night.
2. Reducing air consumption during the night.

Most people sleep with their mouths open, whether they are aware of it or not.  As a result, they become carbon-dioxide poor and never manage to accomplish a perfect state of health. Let’s say a person works hard during the day making and saving money; at the end of the day he puts his precious capital in a bank, but then at night thieves come and steal everything. In the morning, that person has to start building their savings again. No matter how hard you work on your breathing during the day, your attempts to normalize it are futile until you take control of it during the night.

Let’s discuss the first step: how to establish nasal breathing at night? Of course, you need to utilize awareness but, in reality, very few people can do this, though many deceive themselves by thinking they’re able to. Knowing this, Clinica Buteyko Moscow came up with a simple yet effective tool, which we call No Mouth-Breathing Tape. This sticky paper tape, available in any pharmacy (or in our online store), is recommended for adults and children.

How to use the tape?  Measure and tear off about an inch of it. Press the tape vertically over your mouth until it sticks effortlessly to your lips. If the tape begins to fall off, simply replace it with a fresh piece. If you feel uncomfortable, take the tape off â€“ it is easy to do. When you get accustomed to using the tape, you can start putting it on your mouth horizontally.

Following the instructions above, use this gentle tape throughout the whole night. Simply put it on your mouth before you fall asleep and take it off in the morning. In reality, when a person wakes up in the morning, he often cannot find the tape on his mouth. The tape is so gentle that it is easy to take it off without waking up. It is okay if this happens: it is better to breathe through your nose for a couple of hours than to breathe through your mouth for a whole night. If you wake up in the middle of the night and find that the tape is no longer on your mouth (but instead on your forehead!), just apply a fresh piece and return to sleep. As you begin to experience more productive sleeping patterns you may notice you will need fewer pieces of tape each night.

It is normal to feel uneasy when you are asked to tape your mouth. When this occurs during our Buteyko Breathing Method program, a student is normally asked to tape his mouth in the presence of a specialist and then his psychological obstacles vanish. In my experience, the idea of taping the mouth shut is far more uncomfortable than the reality of it. If you feel terrified using this tape, I advise trying it for a minute or two during the day. Most likely, this will solve the problem. If you still encounter a strong psychological barrier to using the tape, it may not be the right tool for you.

Some people ask, Do I need to use the tape forever? No, even though many people chose to do so. Normally, it is difficult to predict the exact length of time a person needs the tape. For some, it takes a few months to build the habit of nasal breathing at night. For others, particularly people with serious health issues, it takes longer. In general, the tape is no longer needed when there is no mouth breathing.

My husband and I still occasionally use the tape since it’s a good reminder for the body to keep the mouth shut.  When our students start using the tape, many of them encounter amazing results. The tape stops or reduces snoring, wheezing, and other symptoms of hyperventilation. People wake up in the morning feeling more refreshed, full of energy and in a better mood. They also find themselves more energetic and optimistic since they stop losing energy (vital carbon dioxide) during the night.   Also, many notice that the amount of their sleep naturally reduces; they need fewer hours during the night to recuperate.

I’d like to mention that the tape could also be used during the day. Many people are not aware of how often they breathe through their mouths during the day. This tape will help them become more aware of their breathing patterns and prevent mouth breathing. The tape can be used while you are watching TV, writing emails, washing dishes, etc.

If you are training a child to breathe through the nose, you can create a game around this tape. As I mentioned before in this blog, many young children keep their mouths open in a semi-smile; they don’t distinguish the difference between their mouths being closed or open. When this occurs, the child needs to learn to open their mouth only when they talk or eat but to keep it closed for the rest of the time. The tape could be effectively used to teach this. Ask your child to keep the tape on but to take it off when he or she wants to speak and then put it back on. Another example of the tape game is a contest of who is able to keep the tape longer without saying a word. It is a good idea to create a score system around these games, just don’t forget to let your child win once in a while. If you decide â€˜to play’ with the tape, please remember that it should be used equally by a parent and child, otherwise the kid might assume that something is wrong with them while everything is alright with the parent. This is never true since the parents of a hyperventilating child are also hyperventilators; their symptoms just might be different or weaker. Ideally, the whole family should be involved in the Buteyko breathing normalization process without labeling who is sick and who is not.

I hope it’s enough information for this week. Next week we will continue discussing how to improve breathing at night.