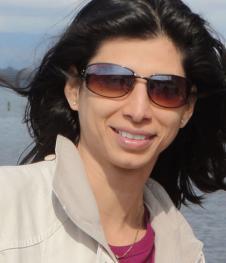 What Buteyko Breathing Normalization Means to Me:

I first attended a Breathing Normalization seminar to help overcome my severe allergic and sinus symptoms. After about a month of painstaking practice multiple times a day, I caught myself attempting the Buteyko breathing technique in the middle of a severe allergy bout.

After a couple of minutes, not only could I breathe through my nose again (which as many allergy-sufferers know, is nearly impossible during an attack), but I was also able to control the symptoms.

NEVER had I experienced anything besides occassional medicine, that could actually control the symptoms during an attack!! Nose breathing is powerful! The Buteyko Breathing program helped me to eliminate mouth breathing completely!

As time went on, I applied the Buteyko technique to my daily exercise routine, as great as the learning curve was to master the technique during exercise, so too were the rewards. I was able to exercise more effectively with less effort and more gain, and breathing through my nose only.

In more ways than one, Buteyko Breathing Normalization has changed my life…. becoming a very integral part of my being. The way I breathe, move, work and play has forever been ehanced. It has made me more consciously aware!