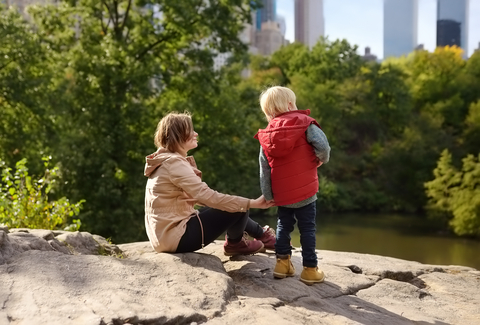 My son Nicholas is now six years old. A couple years ago he was prescribed antibiotics for bronchitis. After he finished taking them the coughing continued. The doctors claimed he had intermittent asthma, but honestly I was in denial. I could not believe this was asthma since there were no asthmatics in our family. But unfortunately after he got another cold, his cough became much worse and he started having asthma attacks regularly (scary for the child but also for parents!).

The doctors prescribed steroids and albuterol. However, after learning about their side effects, I couldn’t force myself to give them to him continuously. I kept hoping that his asthma would disappear when he turns 12 (our doctor claimed that asthma often subsided by this age).

Since traditional medicine didn’t have a cure for asthma, I turned to alternative medicine. Unfortunately, herbs and homeopathy did not bring much relief so I continued looking for a solution. That’s when I read about the Buteyko Method. I was ready to fly to Moscow for a consultation, but then I learned about the Buteyko Center in Woodstock.

After we finished the course with our wonderful instructor Sasha, we left the country for a vacation to Crimea seashore. When my son was swimming in the cold water, he started having an asthma attack. Amazingly he was able to stop it completely by applying the Buteyko method. Until this moment my husband was rather skeptical, but now he thinks that the Buteyko course is a great investment for asthma sufferers.

By the way, I have never written a testimonial before but this was so important I had to write it for the parents who want to help their children overcome asthma. Parents, the Buteyko Method is not just a breathing technique, it is a lifestyle. Learning it will greatly help your child and one day they will thank you for it. I am so proud of my six year old son who was able to overcome his asthma.