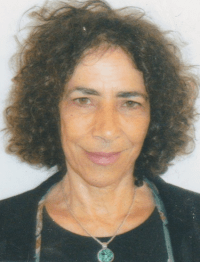 Dear Friends at the “Buteyko Breathing Center” and potential students:

This is one of the greatest educations I have ever learned and it is greatly changing my life!

Just two months ago, when I started working with Thomas at the Buteyko Breathing Center I was feeling very desperate.  I have had nasal polyps for as long as I can remember (I was diagnosed officially in 1997) and have used prednisone on and off for short courses, but was told that surgery was the only cure.  I couldn’t remember the last time that I could breathe through my nose.

I developed asthma about 15 years ago, usually mild, but this winter it was especially bad.  I was using my rescue inhaler four times a day and was scared to go to sleep at night because I would wake up at around 3 every morning unable to breathe.  I began taking Advair, but had many adverse side effects – I lost my voice and had tremors.

I found the Breathing Center on line, bought tSasha’s video course and although I thought I was not a candidate for the Buteyko Breathing Normalization course because I was a chronic mouth-breather I got further information. Of course; I could not even breathe at all through my nose; I learned I was the “ultimate mouth breather”.

Thomas and I began working together in the middle on March and after a rocky first week, where I was still waking up in the middle of the night, my asthma symptoms subsided. When I did feel asthmatic, I learned tools to deal with the feelings before I had a full-blown asthma attack.

I went to my surgeon a week ago and he told me that my polyps had shrunk significantly and that I should come back in two years for another CT scan. Needless to say, I am delighted. I has thought I was finally about to ” have to go under the knife” of the surgeon.

I attribute my improvement and success to the Buteyko Breathing Normalization course and the breath work that I have done at the Buteyko Breathing Center.  I can’t say that it’s been easy, and at first, it was difficult for me to be aware of my breathing, all the time.  It’s hard to break old patterns and habits.

The specific breathing exercises we have tailored to me needs and the “Breathing in Motion exercise skills, have become part of my day and already, the benefits that I feel make it easier and easier to stay with the program. My entire day goes better.

I am thankful and delighted that I discovered BreathingCenter.com and have had the privilege of working with Thomas.  I look forward to continuing my Buteyko Breathing practice.  I feel very supported by the Center and know that if I ever run into difficulty or if I have a question, they are available and anxious to help.  It is my plan to move on to the “Level Two Breathing Optimization ” course shortly. I am taking a bit of a semester break to enjoy my newfound Health and Breathing.

Thank you also to the other staff members who were available and helped me as well, such as Teresa Louis; an excellent Specialist on “my team “.