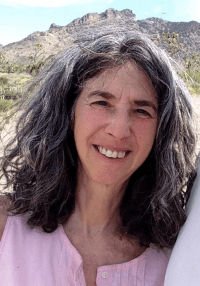 Last fall I experienced a sudden onset, scary, weeks-long episode with hyperventilation.  After much online research, I chose the Buteyko Breathing Center over other Buteyko programs being offered.  I wanted teachings from as close to the source as possible, and I felt that Sasha and Thomas‘ direct study with Ludmila Buteyko and Dr. Andrey Novozhilov in Moscow would connect me with that.  When I began working with Thomas about 3 months ago, I had no idea of the kind of transformations I would soon be experiencing.

I made room in my life to apply the 3X/day practice as Thomas prescribed.  I also began paying attention to my breath as often as possible.

Within the first month, something started shifting in my psyche; the softer breath opened a door.

I was spontaneously becoming aware of a unity with life, a light sense of joy and buoyancy, a knowing that when the breath is right, Life is right.  I could step into the Zone by returning to the original breath, which I was coming to know through the practice.

There have been physical changes as well.  I think the most important one to me is an inner sense of secureness in my body.  I have confidence in my health, now and for the future.  That is such a huge thing!  Even though I’m sleeping less I am more rested, and I sleep through the night more consistently.  My daily energy level has evened out and I have more stamina.  My elimination is excellent.

These changes have occurred despite what I consider turtle slow increases in my CP. Thomas’ guidance helped me accept my own pace.  A colorful and astute teacher, he has been a rock for me.  I needed that kind of consistent support to get me past my concerns and up on my own two feet.  I also appreciate his fluid, artistic facility with the Buteyko Breathing Method that comes from his years of practice.

I feel very lucky to have been forced into Buteyko – thrown into the vat, I like to say – through the rough circumstances of my breathing crisis.  I’m really glad I made the investment in the Buteyko  Breathing Normalization training.  In addition to the benefits I mentioned above, being accountable for my daily sessions has created a solid practice habit and I like having an advisor close by.  Highly recommended.