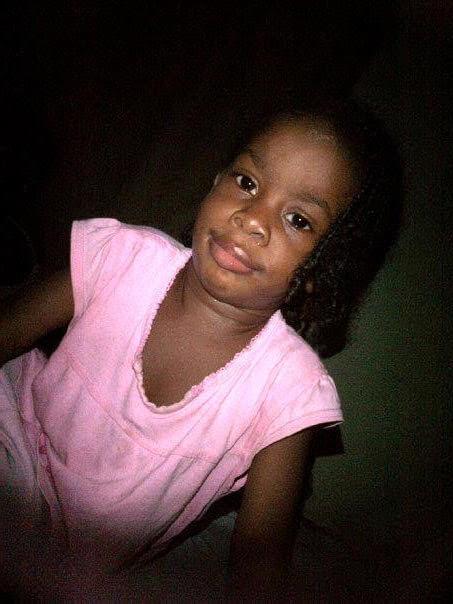 About 2 years after Blessing was born, we started noticing a protracted case of excessive mucus and cough. The diagnosis then said she had pneumonia and so she was treated with some antibiotics. She got some relief but same symptom came back months later and we had to give her more antibiotics.

She has since then had persistent breathing difficulties that at the age of 3, it became very worrisome to watch her sleep â€“ it looks like she was going to pass out â€“ we found out recently that this was called sleep apnea.

At a point we were beginning to find her breathing through the mouth, continuous stuffy nose and cough so tough we began to live with it until sometime in January this 2015 when we discovered that unless you speak very loud or she read your lips, she could no longer hear well.

This got us so worried we had to rush her to a specialist in hospital where after series of tests, X-rays and diagnosis, the ENT confirmed that Blessing had enlarged adenoids and will require surgery â€“ he did not say how urgent though. I remembered then that a friend had told me before about her daughter having enlarged adenoid and that removing it through surgery affects the child’s immunity. I therefore asked the Consultant ENT who dismissed the claim.

Not satisfied, I came back that day and started searching the internet for possible effects of removing enlarged adenoid through surgery. It was then I bumped into the Buteyko Breathing Center in the USA. I immediately wrote to them narrating my daughter’s exact case and they got back to me assuring me that Blessing could get help without surgery since the surgery was not even going to solve her main problem – hyperventilation. I believed this and after a very enlightening consultation with Sasha Yakovleva, immediately signed up for the Buteyko Breathing Normalization course. I also read Sasha’s Adenoids Without Surgery book, which was very, very helpful.

Robert Operman has since been taking Blessing through the Buteyko Breathing Normalization training once a week online (since we live in Abuja Nigeria) while I and my wife Florence follow up, for 2 months and 2 days today and the result has been quite exciting.

After the first 4 weeks, Blessing’s hearing was fully restored. She can now breathe with through her nose; she has become a very active child again. Her Control Pause has moved from 5 seconds to about 15 seconds as of today. Although she still breaths through her mouth when sleeping, she has no sleep apnea anymore and can still sleep if you close her mouth. God bless Sasha and her entire team for this therapy. I am especially happy that Blessing does not have to go through a surgery and have no doubt that by the end of this program she will be fully healthy again.