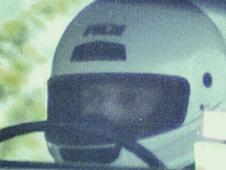 It all started when I was ten years old and came down with pneumonia. After my recovery, I started getting asthma attacks whenever I went out to play with the other kids. The doctors said I developed severe allergies, needed allergy shots and an awful-tasting liquid medication. The treatment helped but did not stop my breathing difficulties. I would still get severe asthma attacks, just less frequently.

As the years went by the doctors said that I would grow out of it as I got older. It eased up slightly until 1985 when I ended up in the hospital with a life-threatening asthma attack. I spent three days there, was given more medication, and told that an attack this severe could happen again at any time. I continued on using the medication and staying away from the triggers. In 2006 I came down with pneumonia again, but this time it was worse. I spent one month on steroid inhalers and prednisone. I was told I needed to stay on steroids for the rest of my life. With this treatment, I started to develop stomach problems which meant I needed another medication.

After three more years of frustration, I decided to look into alternative medicine. I found the Buteyko Breathing Center on the Internet and read the entire website. I could not believe that I have been hyperventilating all these years. I called Thomas and after talking with him, I knew he could help me. The theory made sense.

I met him in person and had my first session at the Breathing Center’s office in Woodstock. It was fantastic. Since then my sessions have been on Skype, which works great. Within four days of doing the formal exercises and monitoring my breathing, I reduced my medication by 75%. Now I’m at day 32 and on NO medication at all! I still can’t believe it’s true and cannot remember when I have felt this good. I still have a way to go and I’m staying focused. The best part is I have control over asthma which has controlled me for 40 years.

Thomas, Thank you for this wonderful education. You have become a true friend for life.