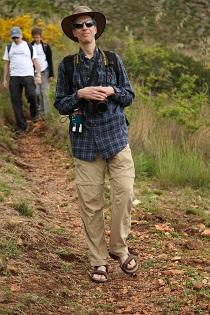 I am happy to report that at my most recent check up my pulmonologist reported that my pulmonary function tests registered the best scores since I was diagnosed with asthma, even though I am no longer taking any medication.

By way of background, I had trouble breathing through my nose for as long as I can remember and had been told by many doctors over a 40 year period that my turbinates were enlarged, blocking my nasal passages. At around age 50, I started intensive cycling training, always breathing through my mouth. Around age 54 I developed a milk protein sensitivity (not lactose intolerance nor allergy) and at 58 asthma. On one long bike ride in August 2008, my coughing was so intense, I had to end the ride after 90 miles. Albuterol only made the coughing worse. That is when I consulted a pulmonologist who told me my lungs were at 50% capacity, inflamed and “angry.” Eventually, I wound up using a cocktail of meds via a nebulizer for a month followed by symbicort, 2 puffs twice a day to control the asthma. Less drastic medicines did not stop the cough.

Then in November 2009, I read about the Buteyko Breathing method in the New York Times and called Thomas. In late November, I began to self treat using Buteyko ideas and I started Skype sessions with Thomas when his schedule permitted in early December.

Breathing through my nose and doing Buteyko ‘breathing less exercises’ led to a clear nose. The turbinates are normal. By Christmas I was off symbicort and only taking a steroid, at much lower dosages. It took another 5 or 6 weeks to taper off of that. I continue to do Buteyko breathing exercises and have worked them into my daily routine. I keep my meds handy, but have not taken any for almost 2 months now.

I tried some cheese recently and found that my reaction was minimal, almost unnoticed. I have not gone back to dairy, instead mostly following the Buteyko vegan recommendation. But, I no longer live in dread of a restaurant mistake. I suspect that the benefits of breathing through my nose will extend beyond asthma control and elimination of digestive problems. Make no mistake, I still have asthma. Occasionally I will have a cough, tight chest or some phlegm (although these happen less frequently as time passes). But, these symptoms can be chanted away or eliminated with breath relaxation techniques. Obviously this is not all psychological since nasal blockage is gone and objective lung function tests are normal and better than when I was on powerful medications.

I had to cut back on intense exercise during this period and am only now gradually ramping up my efforts. But, I can perform today at levels with calm breathing that seemed impossible a month ago. Anyone with breathing problems short change themselves by not giving the Buteyko method a try.

Thank you for all your help,