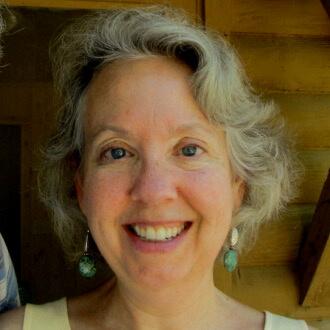 I’ve been asthmatic for twenty years. And I’ve had respiratory issues all my life. Somehow for the first twelve years of asthma I just lived with and around it. It wasn’t a daily occurrence although there was increasing coughing and congestion; I don’t really remember much detail from that time. I learned there were times that my asthma/coughing was worse or there were places/substances that set it off. I would exercise and walk while asthmatic and just keep going. In the summer of 2012, that ‘approach’ was no longer possible. I was having daily asthma events, long and debilitating. A trip to urgent care led to a visit with an allergist, my first dose of oral steroids, and then inhaled steroids and a rescue inhaler. And more visits to allergists until I found one who would work with me.

Since 2012, I have tried numerous approaches to restore my breath and eliminate the medication. It has all helped in one way or another but never provided a solution. Here is what I’ve tried: acupuncture, house reconstruction and elimination of chemical substances from the house, sauna, exercise, yoga, herbs and supplements, massage, allergy docs and sublingual drops, tests for delayed allergies, intense psychotherapy to root out emotional causes of breathlessness, various healthy diets or elimination diets (anti-fungal, low sugar, etc.), organic food, general avoidance of indoor allergens. The most helpful of all were eliminating sources of mold and other irritating substances from my home and creating a healthy indoor environment (air, water, etc.) and the trauma therapy. These protocols allowed me to be more functional and rely as little as possible on my medication which I took in very low doses. I rarely used the rescue inhaler.

In the fall of 2018, these approaches also failed. I caught a virus and ended up for the first time in the ER unable to breathe. I was on vacation so in a place away from home. I entered and left the ER with the same breathlessness. Nothing the ER offered me helped: oxygen, oral steroids, and nebulizer. It puzzled me and the doctor and left me feeling quite hopeless. I had tried everything I knew to try and now I was in a state where I could hardly move, could do very little and that very slowly. I lived in this way for two months, taking my medications, counting the hours until I could take another shot of the rescue inhaler. And frankly, neither the steroids nor the inhaler did much for me â€“ they helped only a little.

At the end of October 2018, a long-time friend whose daughter has asthma mentioned the name Buteyko to me in an email. It was the first time I’d heard about this physician and method. I searched the internet and found a resource from Australia – a DVD and booklet. These I purchased and at the beginning of November, I began the practices taught on the DVD. The initial results were immediate. I didn’t need the rescue inhaler anymore although I kept it with me. I was able to resume some activity, including walking the dog, but there was still some asthma. I practiced this version of the method diligently for two months but realized during that time that it wasn’t working as well as I’d hoped. In the meantime I had learned about the Buteyko Breathing Center, so I contacted the Center at the end of December and began the Buteyko Breathing Normalization program on January 1st, 2019. By that time, my asthma felt worse and I was pretty non-functional when I began the program.

I met with Sasha Yakovleva weekly, and was very motivated to do this practice. I knew this was my last chance to reduce/eliminate my asthma/congestion. The program was hard for me; the first two weeks and first month were the most difficult as I was addressing the emotional realities behind my breathing issues as well as the physical aspects. It was hard for me not to panic at the prospect of changing a way of over breathing that I believe I have lived with all my life. I kept at the daily sessions and over time increased both my CO2 and my strength. Things that seemed impossible in January were do-able by mid-March. It was a miracle. And early in the process, I was able to reduce my medication to just an inhaled steroid and generally half the daily dose.

After completing Level 1, I signed up for the Level 2 Buteyko Breathing Optimization course and completed that as well by the end of March with my second coach Jesse. I’ve encountered a few bumps on the road since then with a virus that kept me down for a week, and massage that released too much toxic waste too quickly from my muscles. I kept up with the daily sessions for four full months and have practiced the method and followed the protocols now for almost five months.

There have been subtle, daily improvements all during that time. Here is a list of some of what I’ve experienced:

I know I have a long way to go before my O2 and CO2 have achieved balance and my CP/PMP are at high levels of 40 seconds and above. The subtle daily improvements have kept me motivated and encouraged. I know I’ll be practicing’ for the rest of my life but the changes in my breathing – slow, measured, light – are real and sustainable. Recently my husband told me he observed how light and slow my breathing was as I slept, inhalation and exhalation, such good news.

After three months of Levels 1 and 2 I needed to pause and work what I’ve learned from the program on my own, to practice those things that work well for me and to continue to work at it every day. I’ve had lots of spiritual support and encouragement from friends and family; they’re all cheering me on. As I continue and do more work with the Breathing Center, my strength will grow and my health will improve as they have these first five months.

This is serious work to be practiced with diligence and care; there is no magic bullet. But the effects are astounding and sustainable for life. I cannot recommend the Breathing Center and their programs too highly. They have changed my life and given me every cause for hope and good health. For asthma and congestion, and doubtless for other health issues as well, this is the only way to go.

My gratitude for my Buteyko coaches Sasha and Jesse is boundless. They have wisdom gained from their own practice and restored health, can anticipate what a student of the Buteyko Method is experiencing, and have many and varied suggestions for each hurdle and challenge. Thank you, Breathing Center for this excellent, life-giving, life-restoring work! Don’t hesitate, sign up today!