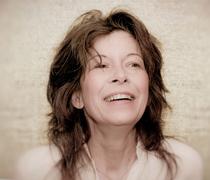 I never had asthma. My younger brother wheezed, and anxiously took puffs from his rescue inhaler through his twenties and early thirties. Then one day, in my mid-forties, I suddenly couldn’t breathe. It was like two hands reached up from somewhere in my gut, grabbed both my lungs, and squeezed. I had no idea what was happening. Is this an asthma attack? I asked myself? But I don’t have asthma. I couldn’t figure out what else it could possibly be, so I called my brother. I didn’t have an inhaler, so his best suggestion was that I take a hot shower.

It was, in retrospect, a mild asthma attack lasting no more that 20 minutes. It subsided by the time I got out of the shower. I didn’t rush off to the asthma doctor. I just simply wondered what was that all about and proceeded along in my days assuming it would never happen again.

It happened again. It happened several weeks later while I was in the remote wooded mountains of Maine. It was about 3 hours to a hospital and about an hour to anyone at all, sans my boyfriend who sat for almost 2 hours calming me while I gasped for every breath of air.

Okay, now I went to the asthma doctor. I got my own personal stash of emergency inhalers, and in the next 2 years I ended up in the ER three times. I didn’t like taking the daily maintenance asthma meds that they were prescribing me, because I don’t like taking medicine, period. But I was using my emergency asthma inhaler more and more often and it was becoming less and less effective.

I searched for alternatives, and over the next several years, I tried many ineffective holistic and homeopathy asthma remedies. At the same time I was taking more and more asthma medications, and the asthma was getting worse. Then I came across the Buteyko Breathing Center’s website. I had become more aware of my breathing through the asthma, and Dr. Buteyko‘s theories and discoveries were ringing true and making some sense of what I was experiencing. I purchased the Asthma Cure Manual in Breathe To Heal book and absorbed all that I could. I was unable (financially) to take the Buteyko Method and Lifestyle Course. I also believed that I could figure this out for myself.

A year later, I was still struggling with the asthma. And, when I would struggle, I would end up taking medication. I didn’t need the Buteyko Center to tell me that the meds were only making the asthma worse, for this was something I was experiencing first hand. One morning I awoke with another aggravated asthma attack, only to find that the emergency inhaler didn’t stop the attack. I went down to the bathroom and did a full nebulizer treatment. It not only didn’t work, it made the attack worse! I was now having a severe asthma attack. I was sitting on the cold slate tile bathroom floor alone in remote Montana, unable to talk or walk even a half a step. I couldn’t call anyone and I couldn’t go anywhere. The attack lasted 4 hours. I truly believe that the only thing that saved me was the beginning knowledge that I had acquired from Breathe To Heal book. I worked at slowing my breathing and eventually recovered.

It was clear that asthma medication is not the answer. I called the Buteyko Breathing Center (as soon as I could talk) and started working with Thomas Fredricksen. My very life was now at stake, (which put the matter of finances into quiet a different perspective.)

It is difficult to understand the critical importance of working with someone from the Buteyko Center when you are initially introduced to the Buteyko Method. The philosophy and medical discovery is so profoundly simple – Breathe Less! Breathe less and your physiology will find its optimal balance, and you will be healthy and asthma-free. Breathe less. It sounds so simple. And though it is simple, it is a complicated and calculated journey that is made so much easier and fruitful with the help of an experienced Buteyko Specialist. There is just so much to learn and so much of which to become aware.

This isn’t a quick fix. It is a life journey. I haven’t seen the inside of an ER since I started reading about Dr Buteyko 3 years ago. Now with the help of the Buteyko Breathing Center USA, I have the added knowledge and encouraging support that keeps me on a progressive path.

Here’s to gentle breathing! Thank you Thomas, and the entire staff at Buteyko Center USA!