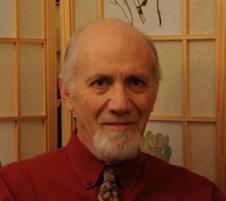 It’s hard to know where to start on a story about healing, as my own journey began long before I came in contact with the work of Konstantin Buteyko. For the sake of clarity, I will start with the most immediate events that brought me to the Buteyko Breathing Center.

I have long been a hiker, and I live in the gateway town to the beautiful Catskill Mountains. I have also been a recreational road cyclist going back into my early 30’s. About 10 years ago, I started losing strength, as well as having trouble with my breathing. I used to often be the leader of hiking groups of friends, as well as a strong rider amongst my peers, but I started falling off the pace, both cycling and hiking. I also started coughing more, and bringing up mucus and phlegm. I was inclined to attribute these phenomena to aging – me not as well as my peers who now were leaving me in the dust.

Then, in 2008, I was hospitalized with severe inflammation in my back. It quite literally crippled me, and I was taken to the hospital strapped to a backboard and had to be flat on my back for the first four days of an eleven-day stay. The scans showed nothing out of order, so I was heavily drugged to reduce the inflammation, reduce the (extreme!) pain, and help me sleep. As a result, my natural sleep rhythm was destroyed, and I had always been a good sleeper. At once, I had trouble falling asleep and staying asleep.

Concurrent with this, I experienced a reduction of cognitive function to a point where I lost a great deal of short-term memory, and the ability to do even simple word puzzles, and I had always loved the challenge of a good crossword. I also had trouble reading for more than a few minutes at a time. All this was quite disconcerting.

Strangely enough, when I went back to hiking after coming home from the hospital, I was stronger than I had been in a long time – actually, just like the good ol’ days. After a while, I realized that the heavy doses of prednisone I had been given for my back had suppressed the inflammation in my respiratory system. I was grateful for this experience but was saddened to discover that, after a month or so, the inflammation started to return. After a few months, I was back where I started from, coughing and choking, and falling off the pace.

The following spring, I got a big shock – a full-blown asthma attack that put me on the ground on Overlook Mountain, choking and coughing up huge amounts of clear sticky mucus, and gasping for breath. It scared me, and my hiking buddies, but I continued hiking until two weeks later when it happened again. I was scared enough to take a break from my twice-weekly hikes for a couple of weeks. When I resumed, it was same old me – coughing, tired, and disappointed.

I had become an asthmatic.

I want to say that I am an acupuncturist and that I also provide a specialized allergy elimination therapy as part of my work, I mention this because it was as a result of my wife seeing a poster for a workshop offering a method to control asthma and allergies, that we made contact with the Buteyko Breathing Center. Competitors must be investigated!!

This led us to joining Thomas and Sasha for tea at the Center, where they explained the process of Buteyko Breathing Normalization to us – especially the admonition to Breathe Less. This, and a number of other things, sounded too counter-intuitive to be true, but when we heard Thomas’ story of his severe, life-threatening asthma and COPD and the remediation of these problems, we decided to take the training. My wife, Doris, joined in order to support me in my efforts to heal. We started strong, keeping up the recommended regimen of three sets of exercises a day.

By the third week of practice, I was keeping up on hikes again, and, as my back had healed, I got back on the bike. It was a revelation. Additionally, I found that my appetite for food had lessened. This didn’t seem like much of anything until I went to my annual physical, eight weeks into the training. I discovered to my surprise that I had lost 10% of my body weight without trying to reduce it. I suspect that this was a result of metabolic regulation – one of the many benefits of normalizing breathing.

Around this time, Thomas asked me if I wanted to become a Buteyko practitioner. He even had people for me to intern with waiting in the wings, so, I jumped in. I had the honor of working with many people – from Holland to Hawaii – and saw sick and long-suffering people getting better – throwing away piles of no longer needed medications – while they were training. As a health-care provider, I had rarely had such rewarding experiences of healing – right before my eyes.

Since then, I have continued to work with people from all over, and kept up my connection with the Buteyko Breathing Center, and with the wonderful people at Buteyko Clinic in Moscow as part of our Continuing Education program for practitioners. I also completed my Advanced Practitioner training in 2011.

With everything I do – acupuncture, allergy elimination – and in the professional associations and activities (I am a part of business networking groups, addiction treatment centers) I manage to at least start introducing the people I meet to the importance of healing the breath. It is a deceptively simple thing to say, but here it is. Buteyko Breathing Normalization Method is is Life-Changing. It will benefit everyone who embraces it.

There’s one aspect I am a little hesitant to talk about, as it is difficult to put feelings into words, and strong statements have the potential to create expectations, and/or negative resistance. As time evolves in my experience with this work, my perception has changed in subtle but powerful ways. Things that were problems are somehow diminished in their effect. Life is just easier, and the sense that one can be happy, no matter what, gets stronger by the day.

I was originally attracted to Chinese Medicine by the fact that it is truly holistic. The reality of that much-abused word is that when you heal an apparently physical problem, you are also healing the emotions, the spirit and the mind. And this work with the breath is a spiritual process. Indeed, the word Spirit in English derives from the Latin word for breath. I mentioned this to Dr. Novozhilov at the Buteyko Clinic, and he told me that it is the same in Russian. So learning to breathe properly heals the spirit very directly, and for many people, the energy of what we are calling spirit infuses every aspect of our lives.

In my many years in healing arts, and in self-healing arts, I’ve never run into another process that so clearly defines health, healing, in conjunction with a truly holistic perspective on all that we are as human beings. Sometimes the practice of a training program can seem a little tedious, but if one stays with it, and dedicates oneself to healing, really healing oneself, it can become the journey of a lifetime.

I came to the Buteyko Breathe-less system by accident, or by fate, depending on how one sees things. My wife Doris phoned Thomas and Sasha after seeing a poster promoting a workshop. During the conversation, she told them of my exercise-induced asthmatic condition. They then invited us to tea at their lovely studio. After much discussion, we both enrolled in the Breathe-less program.

I had been having progressively worse asthma symptoms whenever I would hike, or go cycling. After starting Breathe-less, the very next time I went hiking my symptoms nearly vanished! Since that time, I have had no asthmatic attacks or even hint of an attack. My hiking companions comment on how different I have been, as I used to stop frequently to cough my head off.

In addition, the inflammation in my partially torn Achilles tendon has reduced at least 75%, and I’ve had far less pain and discomfort than in the last three years since it tore. It had been getting worse! A side benefit, if I may call it that, is that I have lost 5 kilos (we don’t own a pounds scale) without trying to diet or change eating habits. My appetite is reduced, and I feel full much sooner and am less likely to take seconds at a meal. I believe that the Buteyko Practice has made my metabolism more efficient, the proof being the pounds shed with no other reason evident.

Last year I was hospitalized with crippling back pain. Scans found no evident damage, so the doctors drugged me with pain killers, tranquilizers, steroids, and muscle relaxers. The drugs got me out of the hospital but left me with severe cognitive deficits that hardly began to resolve until I had been out for six months. It was then a slow incremental process of improvement, but I hadn’t yet felt back to normal when we began Buteyko. Since then, I feel I have gotten back to 100% and more. My mind is clearer, and my short-term memory has much improved.

It also needs to be said that this all has happened in six weeks! I’m amazed and so grateful to Thomas and Sasha for their attention to our process. I highly recommend the Buteyko Breathing Normalization Training program to any and all who suffer with these or similar problems.