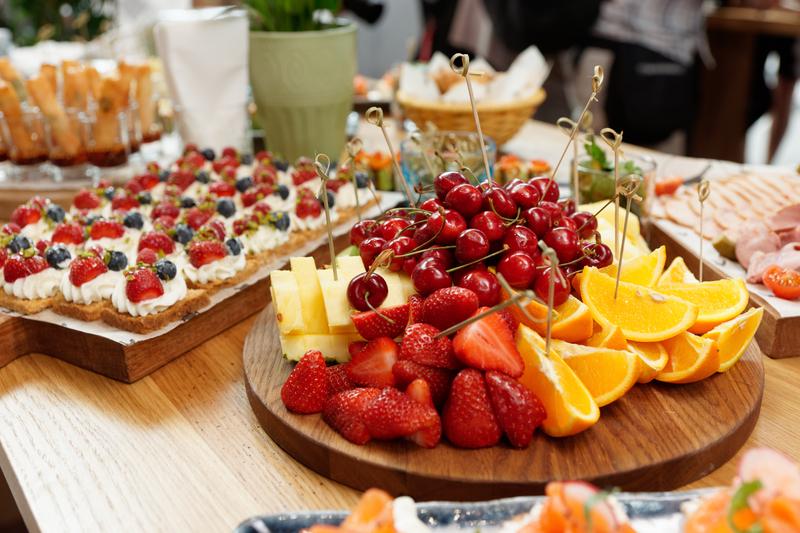 How Sweets And Fruits Can Affect Your Breathing Patterns?

Eating strawberries or watermelons on a snowy day is a red flag for me. In a four-season climate, nature offers us an endowment of fruits and berries during the warmest season and only for a blink of time. When it comes to these gifts, I try my best to stick to local and seasonal, but no one is faultless. I don’t let Christmas go by without tangerines. Dr. Buteyko was not a big fan of fruits; he specifically recommended avoiding citruses. He considered them allergy triggers. Fortunately, these succulent orange orbs don’t make my skin dry, reddish or pimply. Ludmila shared with me that Konstantin ate only wild fruits and berries. Undomesticated sweets are more nutritious, have tougher immunity and are always seasonal and local if you pick them yourself. Fruits and berries contain sugar. Lots of sugar. Hyperventilators are often obsessed with them or other sweet objects since their metabolism are dysfunctional to a degree.

Below is a description of an evening (one of many) in Thomas’ and my pre-Buteyko life in Woodstock.
Hearing the sound of my husband’s car parking, I open the front door revealing an unfriendly domain of darkness, coldness, and snowdrifts. Out of there, a silhouette of Thomas carrying two grocery bags materializes gaining flesh and bone while zooming in.
Hi, Honey Bunny, He kisses me and sprints to the kitchen where a colorful cornucopia emerges from his brown bags: organic papayas, grapes, cherries, and pineapples.
It’s winter! I proclaim. You are supposed to think roots, not fruits!
Hiding his guilt, he grasps at straws. I lived on Maui for thirteen years.

Did I marry a monkey? A giraffe?- At the end of each month, I was wondering in despair while looking at our credit card bills. No! Based on the number of fruits and berries he eats, my husband is an elephant.
Thomas’ trumpeting for sugar was loud and clear. Only later, when his breathing became healthier, he stopped turning our Doctor Zhivago-like cottage into an Aloha paradise. While progressing from point A to point B, he used packages of frozen organic berries we mutually agreed upon.
When it comes to sweeties, the lesser of two evils principle often has to be in play. Between fruits and cheesecake, for example, the first is a better choice. M&Ms or Kit Kats can be more injurious. A battle of eliminating confection certainly can be trying, and when it comes to children, it could quickly turn into an obstacle course. You are lucky if your pursuit does not end up fruitless.

My client, a mother of a seven-year-old boy with enlarged adenoids, complained that her son hated fruits and favoured candies.
How do you solve this problem? I anticipated an epic tale describing her struggles of concealing candies accompanied by her son’s heroic attempts of occasional fruit intake.
I buy high-quality bonbons, she said instead. Every morning I give one to my boy.
That’s not good for his breathing! I reacted.
It is better than stealing cheap candies from children in school, she disputed. Reluctantly, I agreed.

Some people have a bad reaction to chocolate. A well-known Buteyko practitioner wrote in his book that chocolate is one of the worst products for breathing. Not true! It seems that it was his personal reaction but not a typical one for hyperventilators. Sometimes, a piece of high-quality chocolate can be a helpful decoy in preventing a wild hyperventilator from swiping all sugary reserves at home.

I personally consider honey a good first aid for sweet tooth syndrome; however, Dr. Buteyko would disagree with me. He pointed out that honey, not a vegan product, could make breathing markedly heavier and trigger allergies. Trying to fathom his judgment, I googled honey. To my surprise, the Mayo Clinic stated:
Some people are sensitive or allergic to specific components in honey, particularly bee pollen. Although rare, bee pollen allergies can cause serious, and sometimes fatal, adverse reactions. Signs and symptoms of a reaction include wheezing and other asthmatic symptoms, dizziness, nausea, vomiting, weakness, fainting, irregular heart rhythms, etc.
Obviously, honey should be consumed in moderation. Years ago while traveling in India, I caught a cold and started searching for honey, since this upshot of bees’ drug development process helps to stop chills, soothe a sore throat and suppress cough. After visiting several grocery stores to no avail, I was about to give up but decided to give it one last shot.
Standing on a busy street in front of a coconut juice stand, I stopped a passerby wearing a massive white turban:
Namaste!
In reply, he friendly wobbled his head hello.
Fortunately, he spoke English. When I asked this man about the whereabouts of honey, he explained that drugstores carried it. He patiently gave me directions to the closest apothecary, and making sure that a hopeless foreigner survives, elucidated, A chemist will instruct you on what dose to take.
Live and learn! I am still convinced though that a spoon of honey, preferably organic, raw, and unstrained, could remedy not only a cold but also the wound of sugarless existence.

When my brother and I were growing up, there were no sweets present in our apartment in Moscow. Mom wisely figured out that if you don’t buy any candies or other products containing sugar, kids will not develop a habit of eating them. Thanks to our mother, both of us completed our marathons to adulthood with a prize of no cravings for sweets and no cavities in our teeth.