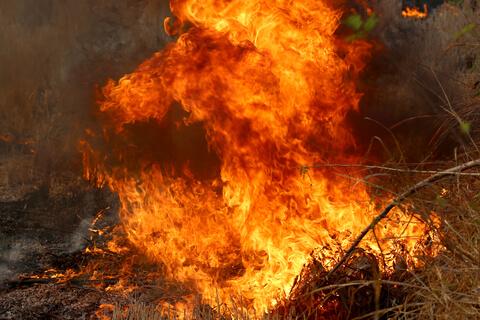 “My wife and I arrived in Bend, Oregon to an ominous layer of brown smoke blanketing everything. We couldn’t believe it!

People were walking around as if it was normal. They were even eating outside!

The cold evening temperatures had pushed and concentrated the smoke at street level. You could see bits of ash floating down. This made me feel apprehensive since I used to have severe coughing fits. Still, I was confident that I would be okay since I practice Buteyko breath holds every day.

The next morning as the sun rose, the smoke lifted slightly.

We found out later that this had been the worst layer of smoke in Bend for the year.

We continued to notice it for the next several days.

I was not affected in the slightest. I am a Level 3 practitioner with a Positive Maximum Pause from 60 to 80 seconds.”

Thank you so much for your notice regarding the smoke here in the West. I live in California, and we are truly inundated with smoke, fog and smog. We have had poor PM (particle matter) readings for months, mailing due to fires, and we are not even in the official “fire season”! Today we have PM of 101

I read your advise about applying Breathing Normalization to improve breathing and I am following all your points; mainly breathe through the nose, breathe lightly, stay indoors, and relax. It works!

Thank you for your help and concern,

My testimonial looks great. I also appreciate the support with the smoke information. I saw the mountains briefly yesterday then the smoke billowed back in. It is amazing that my lungs don’t feel like they have that liquid feeling in them. Thanks to you!

Thanks, Sasha! It was great to read Monica’s testimonial. And, the smoke is even more reason to get my cp up to 40 or more, as it doesn’t look like we’re going to get less smoke in the future with global warming. This is two bad years in a row in NW MT. And, I want to be better prepared next year so I breathe less of it!