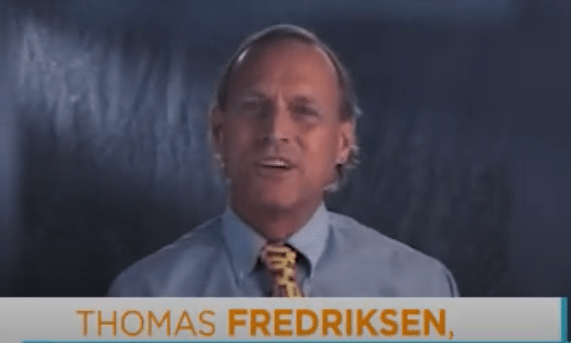 Did you know that the Buteyko Breathing Center was born because of asthma?

In this video, Thomas Fredricksen shares how he discovered the Buteyko Method and Buteyko Breathing method and exercises when he was suffering from severe asthma. At that time, he was experiencing suffocation attacks, breathlessness, excessive mucus, and endless coughing fits. The Buteyko Breathing exercises helped him to overcome his breathing difficulties. Being driven by the idea of making the authentic Buteyko Method available to all asthmatics around the world, Thomas together with his wife Sasha Yakovleva opened the Breathing Center in the USA – the first official representation of Buteyko Clinic in Moscow and Russian patent holders of the Buteyko Method.

When the New York Times published an article about Thomas’ and Sasha’s work and the miraculous results it generated, the information about Buteyko spread like a wildfire around the world. As a result, many asthmatics were able to apply the authentic Buteyko Method and tame their breathing difficulties, becoming symptom and medication free.

Many people suffer from asthma and at the heart of our center, we cater to asthmatics and offer them natural relief from their breathing difficulties. And with that relief comes freedom, a priceless gift to everyone’s life.

Are you ready to Breathe To heal and to break free from asthma? Learn how to get started today! Go to our Success Path for Asthmatics: click here.

This video was recorded in 2008 when the Buteyko Breathing Center was formed in the USA at the request of Dr. Buteyko’s family.