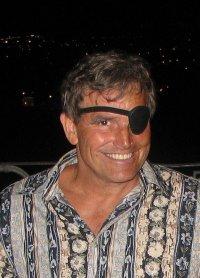 I wish to start this New Year by updating you on the amazing progress that I have made with my lifelong health challenges with breathing. As you recall, my lungs were severely damaged by breathing sulfuric acid fumes when I was attacked by an intruder in my home. I suffered from lung damage until I learned about Buteyko Breathing Normalization. The Buteyko Method wasn’t nearly as difficult as the skin grafts to over fifty percent of my body. The two miracles in my life have been that I survived those injuries in my late twenties and that I have had the great fortune to study with you all at The Buteyko Breathing Center at both your Woodstock office and online.

In the past, your teachings of Buteyko have practically eliminated my COPD outbreaks. Every morning, I begin my day with the breathing exercises you taught me, and it has been miraculous for the functioning of my lungs. It has been over a year since I have had a bronchial infection/attack. Thank you from the bottom of my damaged lungs for the help you have provided me for this potentially deadly condition.

As important as the impact on my breathing, I want to add my amazement of another benefit of the Buteyko Breathing Method. Recently I was diagnosed with prostate cancer and I had to undergo 40 sessions of radiation treatment. As I lay on the table being shot with about 60 doses of radiation per session, I patiently used the breathing exercises to allow me to calm my body as I underwent the chemotherapy. The technicians were impressed with the steadiness of my body while I lay there. The breathing methods, I believe, enhanced the treatment I received because it allowed me to relax during the process. Thank you for your efforts, support, and education of the method which greatly helped me cope with these cancer treatments. May you have a stellar year, as I will now do free of cancer.