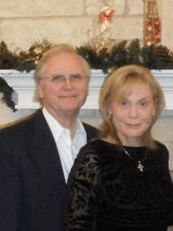 As a young child I witnessed an asthma attack when I was visiting my cousin; her younger sister came into the room wheezing, gasping for breath, and tears pouring down her red face as she begged for help. The severity, the fear, and the almost violent attack on her young body held me in shock and apprehension as arrangements were made for her to be taken to the hospital. I realize that vicariously, this was my introduction into the world of an asthmatic. I never imagined that the episode I witnessed would evolve into my own life story. I vividly remember the day in July when the doctor diagnosed my symptoms as asthma. I took care of my aging father in law and when he was settled for the afternoon, I decided to shop, then spent a peaceful evening before retiring early. I woke up at around 3AM gasping for breath and coughing; I decided to drive myself to the hospital which was close to our home.

The ER Dr. spent little time with me before he declared that I was experiencing an asthma attack, and upon further review, he declared that I also had bronchitis and wrote a prescription for antibiotics, and introduced me to the world of inhalers and steroids at the age of 29. The next 29 years of my life spiraled downward into an existence of asthma attacks, medications, nebulizers, ER visits, asthma specialists,and allergy shots, coupled with small periods of relief from the hectic frightening world of asthma. Unfortunately, the effects of this debilitating disease affected the people I loved as deeply as it affected me. After visiting friends who owned cats, my daughters would make their first stop home in the laundry room to remove any clothing which might contain cat hairs and promptly take showers before coming close to me; they spent many anxious times when I was hospitalized worrying about my recovery; they would pound their little fists on my back to break up the phlegm when I could not breathe; they worried when I got a cold that I would become quite ill, and they said “good bye ” wistfully as they left the house to attend events which were unavailable for me due to my health status.

The asthma continued to occur particularly when certain pollen was in the air or occasionally at other instances when the etiology was unknown. Approximately two years ago, the asthma become chronic. I lived in a box-my house and the boxes that contained twice daily inhalers, rescue inhalers, daily pills, nebulizers, antibiotics, or steroids. My weekly outing consisted of venturing to the asthma clinic to receive shots or to the Dr. office.l My husband shopped for groceries or we had take home food due to both of our fears that I would be vulnerable to germs and yet again, return to the hospital. During this two year isolation, my husband read about the Buteyko method of breathing for asthma, and encouraged me to read some material. I was quite skeptical about this breathing method which sounded like “hocus pocus” to me. I was referred to a pulmonary specialist for more intense testing and my husband asked if the specialist had ever heard of the Buteyko method. The answer was “no”!

I actually experienced a two month reprieve from asthma during the summer of 2010 and was excited about being able to live life in a new way. However in August, I exhibited signs of recurring asthma, and I decided that I was sick and tired of being sick and tired!! I informed my precious husband that I was willing to do anything to lessen the pain. My husband communicated with Thomas from the Buteyko Center, and they devised a way for us to take the session together via Skype. This method of breathing has changed my life!!!! I have been asthma free for approximately two months., and the changes in my life have been both physical and spiritual with this incredible method. I am eternally grateful for the work that Thomas and Sasha are doing at the center. My life is beginning to be what God intended as I am able to both receive and give back to others for this incredible life. Thank you seems too bland an expression for my gratitude and appreciation, but I cannot think of adequate words to express my thanks for this ‘GIFT”! (written by Mary Lou Street)

I first heard of the Buteyko Breathing Method through the article in the New York Times, and at first, my wife who was having increasingly acute and frequent asthma attacks thought it sounded too “hoakie” and seemed tedious to learn. Months later, after a string of days of her being “house bound” by respiratory distress I went on-line to Buteyko Breathing Center USA and found that two training week-ends were close at hand. I told her, “We’re going to New York. It can’t hurt and it might help.” She agreed, but when I called the Center for logistical information, Thomas suggested that we might be better served by training in the Buteyko Lifestyle and Wellness Method via Skype, so we “signed up”. From the very first session we were blessed by the compassionate, knowledgeable, and encouraging presentation of the method. After only the second session my wife reduced her preventive inhaler use from twice a day to once a day (her history included having to use a nebulizer and get steroid shots when the asthma attacks were especially severe).

And by the end of the fifth session she was not using the inhaler at all. We signed up for a second set of five sessions–after initial resistance, thinking we knew the technique what more was there to learn–and found them to be as helpful as the first five, “fine tuning” in ways we would not have come to on our own. It has now been 8 weeks without a single sign of asthma! Thank you. Oh, by the way, in learning/practicing the Buteyko breathing method myself in order to support my wife, it has made a significant contribution to my dealing with occasional bouts of anxiety; and I am optomistic that it will also lead to my discontinuation of high blood pressure medications. Last reading was 100/65, lowest in my history. (written by Malcolm Street)