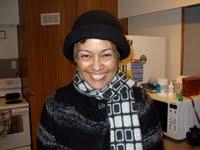 I live in New Zealand and from the age of two until I was thirteen I suffered from chronic asthma and eczema. Now I am in my early fifties and have been free from asthma since. However, until recently, I had been having breathing problems – shortness of breath, tight chest, and the feeling I’m not getting enough oxygen. I also had a thyroidectomy five years ago, which exacerbated my breathing ability and affected my energy levels, as well as my confidence. I often felt fatigued and lacked motivation for physical exercise. The medications I have to take for an absent thyroid were giving me heart palpitations, stress and instances where I felt paralyzed with fear that my heart would stop.

I noticed my breathing had become very deep and rapid. I was looking for some kind of natural treatment to help my breathing when I learned about the Buteyko Method. I made the decision to complete the Buteyko Method and Lifestyle Course with Moira Ganley. Her natural teaching ability, compassion, support and expertise taught me how to overcome my breathing difficulties by reducing my breathing through relaxation. I learned about the importance of the correct balance of oxygen and carbon dioxide within the body and how easily that balance can be thrown off when we over-breathe.

Since completing the course, I no longer have such a strong dose of medication for my thyroid, my breathing is much more calm, I’m physically active again, the eczema on my hands has reduced significantly and I’m constantly aware of nasal breathing throughout the day now. I feel healthy, much happier and confident about myself again, and would highly recommend Buteyko to anyone who is not only suffering from shortness of breath but other illnesses as well. It’s a revolutionary approach to health and many more people should know about it!

Thank you Buteyko and thank you Moira!