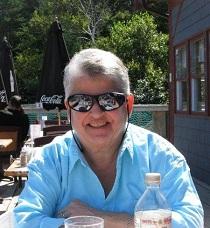 With asthma always in the forefront of my life, and worsening as I age, a caring friend gave me an article to read from a November 2009, New York Times that sang the praises of the Buteyko Center USA where a holistic breathing method is taught for the cure of asthma and all that it affects. Sounds interesting, I thought, but with my asthma relatively under control and being busy, I set the article aside.

In January of 2010, after an anesthetic mishap and a horrendous time with prednisone, I was feeling depressed and a bit desperate just trying to get my breathing under control. It was then that I remembered the NY Times article! Reading it, I went on-line, and soon discovered a tremendous web site at buteykocenterusa.com that was full of very encouraging, useful information, and miracle of miracles, a two day weekend workshop was coming up in just a short time! I was desperate enough to sign up on the spot, although I wondered what I was getting myself intoâ€¦. it can’t hurt, I thought. And I can always leave!

Not only did I not leave the workshop with its many convincing and healed participants, but the leaders, Thomas (himself healed) and Sasha Yakovlev-Fredricksen, spent many hours teaching all of us the beginning breathing techniques that make the Buteyto Method so special and unique. They interacted with each participant individually, invited my husband who had driven me to sit in on some sessions, and perhaps because I was in such bad shape personally, they really took me under their Buteyko â€˜angels wings’â€¦ and suggested that I continue to work with them.

The Buteyko workshop was four weeks ago, as I write. I did sign on for 10 more sessions, some via Skype, and I have now spent those 4 weeks practicing breathing with my mouth closed, and doing the special Buteyko Method breathing exercises. I’m already beginning to feel like a new woman: I no longer use my rescue inhaler(!) as I had been doing 2-3 times a day; the previous heavy, wet cough that I had when I leaned over has disappeared; the color is returning to my face; the energy is returning to my step; I have not napped for the last two days, not even cat-napped.

I was in a compromising position mold-wise today for about an hour, which I didn’t realize because I didn’t lose my voice as I usually do. After the mold was discovered in an adjacent area I began practicing my Buteyko exercises and there have been no ill effects! This is only the beginning â€“ this is only one month! I am now a wholehearted believer in the Buteyko Method, including it’s spiritual component, which greatly enhances the benefits for me and for many others.

Thank you, Thomas and Sasha, with all my heart!

In the month since my first write-up I am doing quite well. I am more energetic with good practicing and numbers consistently in the upper teens and low twenties – a big change from the original 1’s, 2’s, and 3’s! My blood sugars are normalizing nicely, and I even purchased an adult tricycle and am thoroughly enjoying the now regular exercise, at last!