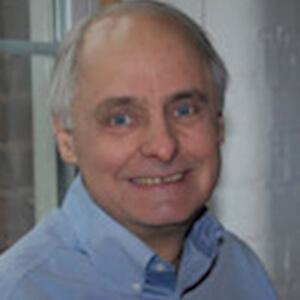 About 15 years ago I began having difficulty breathing when I was exercising. Gradually, my symptoms became more frequent until I would get out of breath just walking upstairs. I went to my doctor, and after an x-ray, I was diagnosed with pulmonary sarcoidosis, an inflammatory condition that was leaving my lungs with a lot of scar tissue. My doctor prescribed a steroid inhaler and I took this twice daily for many years. Although this seemed to help the symptoms at first, over several years the inhaler became less effective, and I began to notice that my mind was not as clear as it used to be and my energy was decreasing. My doctor recommended that I increase the dosage of the steroid inhaler, but I didn’t feel this was a good long-term solution. I had begun to lose my purpose in living.

I began searching for other answers online and came across the work of Dr. Buteyko and the online work of Sasha Yakovleva, Advanced Buteyko Specialist, and her Buteyko Breathing Normalization Training.

After trying some of the Buteyko breathing exercises on my own for a few years, I realized that I needed the support of a Buteyko teacher who is fully trained and experienced in Dr. Buteyko’s work. As the representative of the Russian patent holder of the Buteyko Method, Sasha had exactly what I needed.

I signed up for the Buteyko Breathing Normalization Training with her, and it made a tremendous difference in my life! Sasha is a very skilled, compassionate teacher, and working with her enabled me to stabilize my breathing, regain my energy and clarity of mind, and eliminate my dependence on steroids. At 74 years of age, I feel like I’m getting my life back again, and I’m now looking forward to many years of renewed purpose and enthusiasm for living!