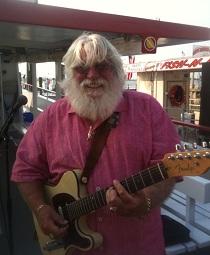 I have been under the care of Thomas and Sasha and their staff members at Buteyko Breathing Center USA for the past 8 weeks, I sought out their assistance because I was very concerned about my breathing. It didn’t seem like anything I was doing was working properly. My breathing got worse and I worried more and more about it. I was diagnosed with COPD and placed on several forms of medication, all of them helped some. I was told by my General Practitioner, Cardiologist and Pulmonary Physicians to lose weight.

I quit smoking 5 years ago and gained about 10 extra pounds per year. My ability to exercise was becomming more and more restricted by these circumstances, even though I did continue to train and ride my bike. I tried several diets including Atkins and Weight Watchers, they helped me to stop my weight from increasing but I was not losing as much as I needed to. My daughter told me about a program her stepfather was on that had helped him with asthma. I talked to him, reached Buteyko Breathing Center and here I am!

My breathing is much better, it gets better every day, I am on a very aggressive exercise program including weight training, walking, stretching and bike riding. I do my personalized Buteyko Breathing Program as instructed everyday, I get the message and I follow the dietary guidelines. I have lost 18 pounds and will lose another 30 during the next six months. I am no longer afraid. This is working and it will continue to work, I clearly have a new lease on life. THE BUTEYKO METHOD WORKS IF YOU WORK FOR IT!!!!!!!