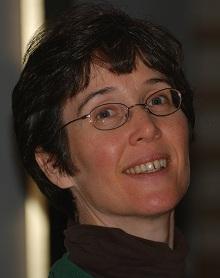 I had a demanding job and a growing family; after I was admitted into the hospital at age 41, I decided I couldn’t maintain my lifestyle and my health so I resigned from my job. The stress in my life dropped 100 fold. I had only one significant health issue after that, but ultimately was able to live free of all drugs and feel well for over 2 years. Then, while living out of the country, I came down with a significant respiratory infection. The drugs were launched in force by regular nebulizing, a myriad of progressively stronger antibiotics, prednisone, inhalers; the list felt endless. My body became accustomed to the prednisone and stopped producing cortisol. I became adrenal insufficient; my adrenal glands dried up – no energy, constant weight loss, headaches and consistent mood swings. I contracted pneumonia twice this past winter. And the mucus production in my chest was unending. My life was controlled by what felt like my never ending illness. In summary, I was a mess!

The medical community’s answer was always more drugs. I took them while always feeling they never really made a difference. The only drugs I knew for sure were effective were prednisone and the antibiotics, and they both terrified me. The inhalers and the nebulizer could best be described as murky in their effectiveness. I felt like my body could heal itself if given the chance and that my state of health was worsened by the barrage of potent drugs. I was on a constant journey to find good health. The medical community made me paranoid telling me it was allergies making me sick â€“ I was afraid of everything, believing I was under siege from my environment. I sought out a variety of alternative medicines. I also knew my breathing wasn’t right â€“ it seemed jumpy and irregular.

I finally found the Buteyko Method. So much of what the material said resonated with my experience. And I welcomed the opportunity to talk with people who knew what I had gone through because they had traveled the same road. I have been practicing the Buteyko Method for three months and intend to continue until I am cured. I have been very disciplined in adhering to the routine and moving along to new breathing exercises with Sasha‘s guidance. My starting Control Pause was 12. It is now a fairly reliable 30 or better. After doing the chant Om Mani Peme Hum it can be 60! The first time it happened I thought I must have done something wrong or I was delusional. It was neither. My mucus production and coughing have diminished significantly. I lead a nearly normal lifestyle and it is wonderful! I still have challenging days, but year-over-year, my health condition is like night and day. And best of all, the breathing exercises and Skype sessions with Sasha have given me the confidence that I can be me again – a priceless gift for which I will always be grateful.