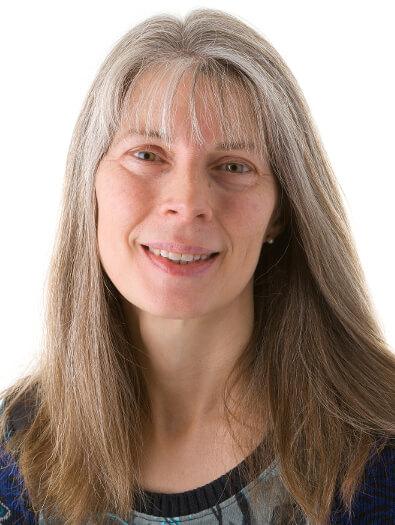 I am Monique De Leng, and I live in the Netherlands. I’m a Naturopath, and I want to tell you about my journey on the path of Buteyko Breathing Normalization.

Let me tell you first how it all started. When I was born, I was not able to breathe well and was immediately taken to the hospital. I spent a lot of my childhood in hospitals. I often had bronchitis, strep throat, tonsillitis, adenoiditis, and I had pneumonia several times. Over the years, the ENT surgeon performed three tonsillectomies and two adenoidectomies. As I had been seriously ill several times, the pediatrician told my mother that he thought I would die before the age of seven. Yet, if I was able to reach that age, he predicted that things would get better for me. My mother made sure to follow his advice to keep me warm at all times: she dressed me with woolen clothes, gave me warm milk and hot porridge.

Just before turning seven years old, I got severe double pneumonia and spent several weeks in the hospital. I was lucky to survive. We then moved from a big city with air pollution to a small country village because my parents thought that it would be better for my breathing. Things did improve a little bit, but I still was ill often. I missed a great deal of school; I couldn’t even play outside and missed many other activities healthy children could do.

After a few years, it was a time for me to start high school. A daily hour ride on a bicycle was required to get to school. Obviously, I would not be able to do this year round considering the weather in Holland. So, we moved to another town with a high school nearby. A few months later, after several occurrences of pharyngitis and bronchitis, my tonsils were removed for the third time. During this time, I had to take a lot of antibiotics.

When I became a young adult, I had a cat, which oddly enough also suffered from chronic asthmatic bronchitis. Since the cat did not react positively to conventional medicine, the veterinarian advised homeopathy. To my surprise, it gave her some relief. This became my inspiration to study naturopathic medicine. I studied a lot, and I tried many kinds of alternatives modalities for myself. Instead of getting better, the coughing worsened; my nose was constantly blocked; my tonsillitis came back as did sinusitis, otitis, and bronchitis.

I remember waking up when my husband was saying to me: You need to see a doctor today; your coughing got worse last night! At that time I used a rescue inhaler, a preventative inhaler, auto-immunization therapy for multiple allergies, a corticoid spray for the nose, and Singulair pills for my breathing. I often needed Codeinefosfaat (codeine phosphate) as well. Yet I was still ill! The doctor auscultated my lungs and said: I am not sure if it is pneumonia but let’s be on the safe side, because tomorrow is Christmas, we better get you on antibiotics now. I could not believe that it was all happening again!

I am so glad that one day, while browsing the Internet, I found out about Dr. Buteyko and his discovery. I thought, I should try it. First, I attended a Buteyko workshop here, in the Netherlands, and then I attended a group course. Nevertheless, my health issues remained. It wasn’t until 2011, when after taking the online course (Buteyko Breathing Normalization training) at the Buteyko Breathing Center, I was able to say that my asthma was gone (or perhaps, it would be wiser to say that my asthma went to remission).

Anyway, now I am free of all medication and breathing trouble. It’s great!

I haven’t been ill for… I don’t even know how long. I haven’t had a cold, and when you’re asthmatic, you know what it means to have a cold. It doesn’t mean you have a cold like somebody else for a few days or a week; you’ll be ill for six weeks because you’ll be suffering from bronchitis and other asthmatic symptoms. You’ll need antibiotics, a rescue inhaler, and the whole painful circle will begin again. Instead, I enjoy not having asthma, not catching colds, not suffering from bronchitis, not having a congested nose. Buteyko Breathing Normalization is fantastic!