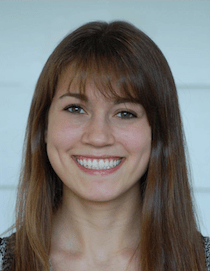 Jill Anderson, Buteyko Breathing Instructor and I both had children on the high school cross country team and had spoken on the phone about trying to find a better solution for their asthma management. Our kids were both avid runners and their asthma medications were not working very well. Jill mentioned an article that she had read in the NY Times about a breathing method called Buteyko. They were having a workshop up in Woodstock, NY that she was going to with her son Brian. Unfortunately we were not able to go.

Almost a year had passed when I met Jill at a high school cross country meet. We started talking and she told me how well Brian was doing with the Buteyko Breathing Method. How he eventually was able to stop taking all of his asthma medicine and was running better than he ever had in the past. The thought that my daughter Dale could live a life free of steroids and breathing difficulties, and still enjoy a high level of activity was the best news I had heard in a long time.

Dale met with Jill at one of the meets to talk about the Buteyko Method to see if she thought it was something she would be interested in. Jill’s calm and friendly presence put my daughter at ease and she was hopeful that this was a solution that would help her manage her asthma and eventually get her off the steroids. Jill offered a ten hour program that consisted of online sessions and sessions in her home when Dale was home from college. Jill invited me to partake in the sessions as well, so that I could have a better understanding of the breathing program.

The first session was great. Jill was not only a calming presence but also very positive and funny, so the session was quite enjoyable and we left feeling very hopeful. Dale worked at the exercises Jill had given her, and her control pause began to go up very quickly. She started seeing a difference when she was running. Several times she forgot to take her asthma medicine and the tightness that she would have normally felt in her chest was not there. This gave her a lot of hope and with Jill’s instruction Dale continued the exercises to bring her control pause up. Within a very short time she was able to cut her medications in half. She no longer had to worry if she missed a dose and this helped her feel much more relaxed.