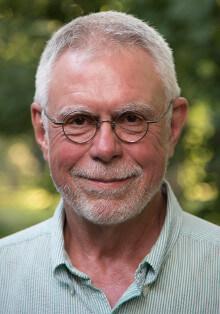 I am a 70 year old man, and I’m happy to report that due to learning and applying the principles of the Buteyko breathing method as taught to me by the great staff of the Buteyko Breathing Center, I am currently enjoying excellent health. But that definitely was not always the case.

In fact, I had lived with significant breathing problems pretty much my whole life, up until about 2 years ago. As a child, I had lots of allergy related summer colds that seemed to always end in endless coughing bouts and a burning feeling in my chest. I was never able to run as far or fast as other kids my age and when I tried, I would end up gasping for breath. I seemed to catch more colds that most of my classmates and they definitely lasted longer. In hindsight, I now realize that I breathed through my mouth a lot, but I had no idea at the time that that was bad for me.

As a young adult, the pattern morphed into one in which I averaged about 5-6 colds a year, and most of them ended in prolonged periods of uncontrollable coughing that would often last weeks after the main cold had subsided. In my late 20’s and early 30’s my family physician began pulling me out of those prolonged coughing attacks by using an injectable steroid. At first those shots were amazingly successful, but soon they seemed to lose much of their effectiveness.

When I was 38, I experienced a terrible respiratory crisis as a result of working around a land reclamation project where dozens of large bulldozers and trenching machines were digging up the earth. I went into absolutely unstoppable coughing attacks that left me totally incapacitated for a number of days. The steroid shots didn’t work – nothing worked. I ended up in the hospital for 2 weeks on IV’s and spent the following 3 weeks at home recovering.

After switching to the care of a lung specialist, I was told that you have asthma and for the next 30 years, I was treated as an asthmatic. Over the following three decades, I ended up taking nearly every type of drug that conventional western medicine offers to combat asthma –  bronchodilators, inhaled nasal steroids, inhaled steroids for the lungs, plus rescue inhalers. Nonetheless, my health pattern still remained that of catching several colds a year, with most of them going into full blown coughing asthma at the end of the cold. And, then most of those colds had to be followed by a tapered course of Predisone tablets (often accompanied by the Depo-Medrol injections). Despite leading an otherwise active life, that was pretty much the norm for the next thirty years.

Then, in November 2014, shortly after retiring from a long career at a major midwestern university, I came down with a cold that went into the worst asthma attack I had ever experienced. At the time of that attack, I had been taking the following medicines on a daily basis: Theophylline, Nasacort, Symbicort, Singulair, and Albuterol. And, when the cold turned into asthma, I was additionally put on a 40 mg taper-down dosage of Prednisone and also given a Depo-Medrol injection. But nothing helped. I couldn’t even sleep because if I laid down in bed, I would quickly begin an uncontrollable coughing bout that would last for several hours.

In desperation, I turned to the web, hoping to find some new miracle drug for dealing with asthma. Fortunately, instead I came across the article by NY Times health columnist, Jane Brody led me to the website of the Buteyko Center USA (now Buteyko Breathing Center). That turned out to be a blessing. After downloading the Breathe To Heal book and reading for the first time that the true cause of my asthma was continual over-breathing (initially a very counter-intuitive idea), I next realized that although I could grasp the Buteyko theory of why I needed to breathe less, I still needed the guidance of a personal trainer to teach me how to actually do this.

I ended up taking both the Buteyko Breathing Normalization course (level 1) and level 2 courses with Robert Operman and Sasha Yakovleva respectively. Both were excellent instructors, and now, more than a year later, I can truly say that learning the Buteyko breathing method has given me my health back. In fact, my health is now better than it has ever been. By the time I had finished the Level One Buteyko online course, I was already off of all the maintenance asthma meds that I had been taking for 30 years. In that Level One course, I learned how to change my 68-year habit of mouth breathing (including while talking and while sleeping; I learned to change my diet; and I resumed a rigorous exercise program. During that 8-week Level One course, I went from a nearly non-existent control pause of 2 seconds to around 20 seconds. By the end of my Level Two course, I had addressed several other underlying causes of what Dr. Buteyko called chroniosepsis and, as a result, my control pause had increased to 30+ seconds. I was a new man.

In the year since my online trainings, I have continued to apply the teachings of the Buteyko Breathing Center on a daily basis. I have accelerated my physical activities and now walk an average of a little under 8 miles every day (something I could never have done before). Based on the readings of my personal tracking device, in the last 19 weeks, I’ve actually logged a little over 1,000 miles just walking around my hometown. I have not taken any asthma meds in 16 months; nor have I had any asthma problems. I sleep more soundly and rest more fully than ever before. I’ve only had one cold in the past year and it was just a regular 7-day cold — the sort that a normal healthy person has with no asthma at the tail end. My seasonal inhalant allergies are significantly less bothersome; and my blood pressure is much better than it has been for years. It’s remarkable, but at this point I am truly asthma free, and in the best over-all health of my life. I owe that all to the breakthrough discoveries of Dr. Buteyko, the encouragement of my family physician, and the wonderful teaching staff at the Bteyko Breathing Center.