The New York Times Article about the Buteyko Breathing Center

Interview with Sasha Yakovleva About Breathing on The Brains Behind It Show.

Radio Interview with Sasha Yakovleva About Synchronization Of Breathing And More!

Read More About Synchronization Of Breathing 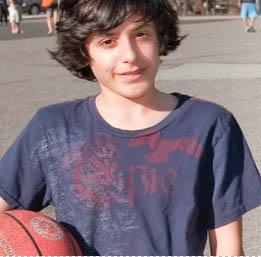 The “bad zone.”  That’S what D. S. , 13, calls the feeling of frustration, panic, and anger He gets When He has an asthma attack.  Since He was 5, D.S. has suffered from the chronic breathing condition.  Dante’S doctor first prescribed a drug that He took in pill form every day.  He was also give a rescue inhaler, a handheld pump that’S held to the mouth and sprays medication into the breathing tracts whenever a person has an attack.  For extra help, He sometimes relied on a nebulizer, a large machine that releases medication through a mask or a mouthpiece.

When D. was 12, his mother, Rachel, learned about a treatment that takes a nondrug approach to asthma.  “It was life changing,” says her son D.S….

To a person in the throes of an asthma attack, there is nothing on Earth more precious than oxygen. The muscles around the bronchial tubes tighten. The airways swell and clog with mucus. The panicked sufferer coughs and wheezes, desperate to fill the lungs’ narrowing channels with air. Tell an asthmatic that his problem is too much oxygen, then, and you think you’D risk an inhaler to the head. But that’S the diagnosis that Thomas and Sasha Yakovlev-Fredricksen, founders of Buteyko Center USA, impart every day to visitors at their Woodstock clinic.

The breathing technique that the couple teaches, known as the Buteyko method, is almost insultingly simple: Breathe less, and breathe through the nose. yet even the prickliest skeptic would be hard-pressed to dispute some of the results. Many patients â€” whom for decades depended on the strongest asthma treatments â€” find that, after a few months, they no longer need their medications. Respected medical journals, including Respiratory Medicine Journal and Thorax International Journal of Respiratory Medicine, have published articles detailing remarkable recoveries, complete with the data to back them up… 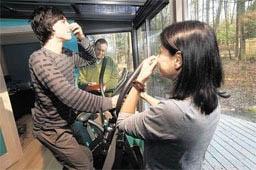 imagine for a moment that, for one reason or another, you are terribly out of breath. You’re panting furiously and your heart is racing out of control. Now imagine that the only way to get the much-needed air to fill your lungs is through a straw.

This is what an asthma attack feels like. But only the 20 million Americans who struggle with the disease truly know the terror-filled moments or hours of not being able to breathe well. A new clinic in Woodstock purports to be teaching its asthma-suffering clients how to reduce the severity and frequency of asthma attacks, if not cure them outright. The clinic, Buteyko Center USA, is run by married couple Thomas and Sasha Yakovlev-Fredricksen…

A Breathing technique Offers Help for People With asthma 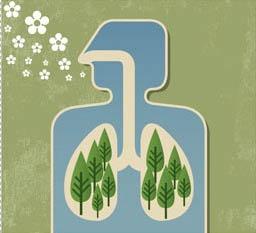 I don’t often write about alternative remedies for serious medical conditions. Most have little more than anecdotal support, and few have been found effective in well-designed clinical trials. Such trials randomly assign patients to one of two or more treatments and, wherever possible, assess the results without telling either the patients or evaluators who received which treatment.

Now, however, in describing an alternative treatment for asthma that does not yet have top clinical ratings in this country (although it is taught in Russian medical schools and covered by insurance in Australia), I am going beyond my usually stringent research criteria for three reasons…