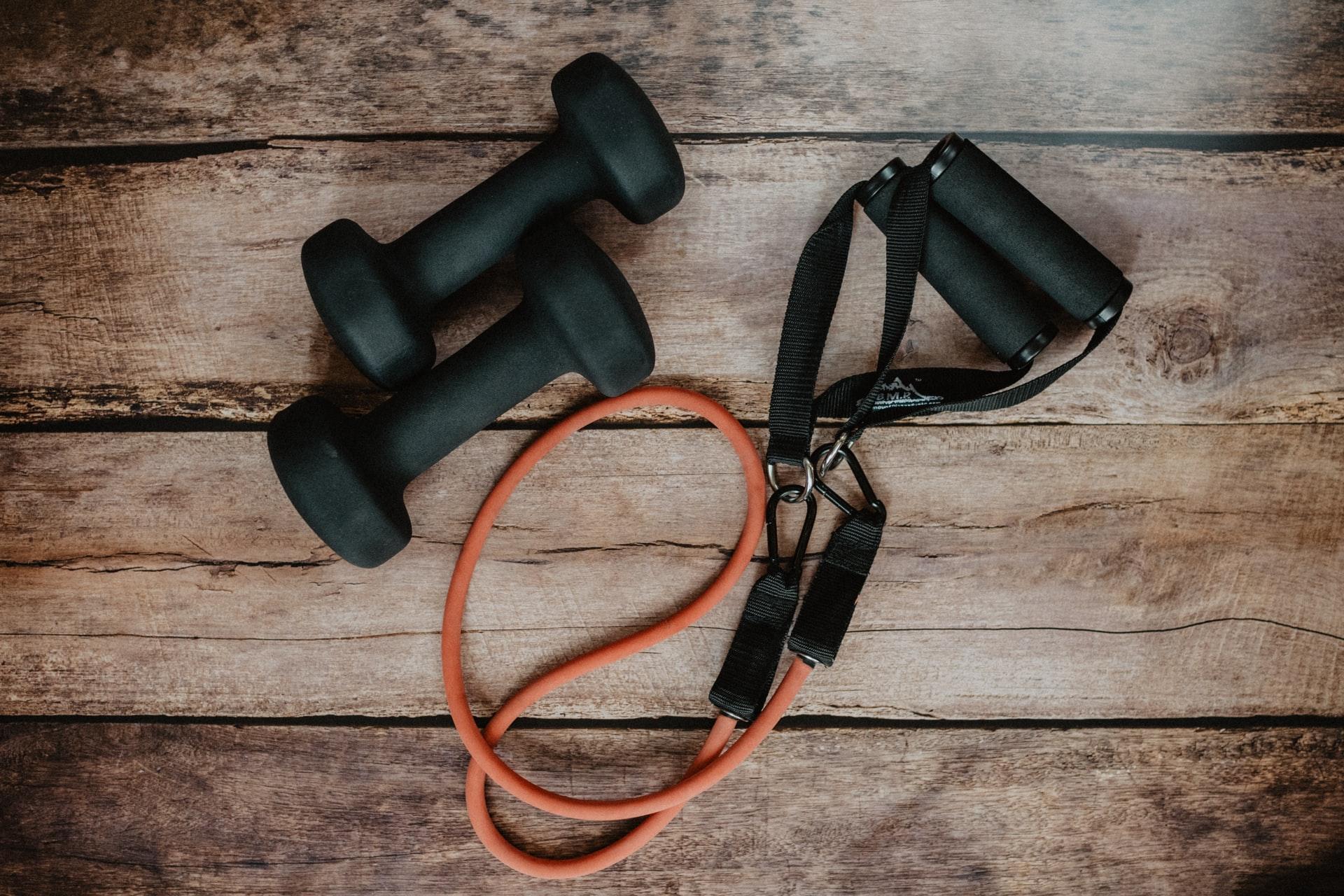 Every workout contributes to improving or worsening your health.

In a natural world, only beings that breathe well have a chance for survival. If a wild animal puffs and gasps for air, it gets devoured by its predator. Watch the videos of wild animals running; even at a speed of 30-40 miles per hour, they breathe quietly and through their noses. Your ultimate goal is to breathe like them. If you do, most likely, you will become disease-free, which is a normal state for undomesticated beings.

Reversely, if you don’t breathe like a jackrabbit, but engulf air through your mouth, it is almost guaranteed that your physical activity weakens your health. If you breathe through your nose, but loudly, the likelihood of fitness activities dwindling your vitality is still present, but it is lesser.

Our lives are more complicated than jackrabbits’ and often require contemplating the particulars; yet, it’s easy to get lost in endless details. Fortunately, breathing measurements allow us to assess the overall effect of a workout, considering every aspect of it but without getting stuck.

Breathing measurements for physical exercises generate objective data which helps to determine a type of workout that increases CO2 and the kind that decreases it. After collecting this data for a while, you will have a better idea of what works for your body and what doesn’t; then, the results of your fitness activities will become predictable. At this point, it is acceptable to stop measuring your breathing before and after each workout unless you plan on starting a new type of exercise. In this case, you will be fully equipped to evaluate its impact on your overall healthâ€”if it boosts CO2, keep it; if it lessens CO2, discard or modify your workout. In addition, after examining the results of your breathing measurements for various types of fitness activities, you will be able to define the ones that make the most significant contribution to the development of your optimal health. These workouts will become your super-weapons in a war with over-breathing, gradually transforming you into a superman or superwoman.

How to measure breathing to evaluate the effect of physical activity

If you measure your PMP right after your workout, it will be lower than your PMP before the workout; however, it does not mean that your physical exercises decreased your CO2 level. This is simply an incorrect measurement. Why? Because the breathing measurements should be taken when breathing is calm and unaltered, but physical activity modifies breathing patterns. When we walk, jog, jump or lift weights, our respiration becomes faster and more pronounced. These augmented breathing patterns don’t become calm instantly but gradually calm down. If you take your PMP when your respiration is in this phase, the result will be false; to measure your PMP correctly, wait until your breathing becomes settled.

How long shall I wait? This depends on the duration and intensity of your fitness activity as well as your ability to recover. If your workout was mild and did not impact you greatly (let’s say you went for a half-hour stroll), PMP can be measured fifteen minutes after it. If your workout was intense (let’s say you did a few hours of mountain biking), it might take an hour for your breathing to simmer down. The recovery time is individual, but on average, it takes about thirty minutes.

How to determine the right time for measuring your PMP after a workout? The Buteyko arsenal offers several procedures: use one or all of them.

What to avoid during the waiting period? Be careful about additional impacts on your breathing during a cooling down phase:

2. Be mindful of your movements. You don’t need to sit motionlessly; however, refrain from fast, intense or arduous movements. Don’t lift heavy boxes.

4. Compare your PMP before and after the workout.

Is your after-PMP higher than the one before? Bingo! You increased the level of CO2 in your lungs and consequently the overall oxygenation of your body. You should feel better in a variety of ways.

Measuring after-PMP could be an annoyance, but it is more straightforward than it sounds. Here is an example: In the morning, you went to a gym and spent an hour exercising on an elliptical and rowing machine, keeping an enjoyable pace. Then, you took a shower, got into your car, and twenty minutes later arrived at your office. Before leaving your vehicle, measure your breathing – this will be your after-PMP. Here is another scenario: After work, you jogged outside and then got home. Before eating dinner, sit down to glimpse at the news or peruse Facebook. After fifteen minutes or so, measure your breathing. If your PMP is higher than the one before, your measurement is complete.

After examining their PMPs, my students often feel perplexed. They discover that intense workouts frequently lower their CO2 levels when slower ones increase them nicely.

Why did I push myself so hard, sweating, puffing, and torturing myself? My client exclaimed during our online session. Clifford had wide shoulders, hardly fitting into our video conference screen. For nine years, I had been starting my days lifting heavy weights and exercising vigorously in the hope that this would make me healthier. It did not! My coughing worsened over these years even though I have been taking steroids to keep it under control.

When Clifford started measuring his breathing, he found out that his workouts were considerably decreasing his PMP. He switched to lighter exercises, focusing on breathing like a little mouse, and his gym time began increasing his CO2. Clifford stopped coughing and soon was able to discontinue taking his medicine. After exercising, he was now feeling energized, when prior to measuring his breathing, he had felt in need of a double espresso. Another bonus was losing almost twenty pounds of extra weight; this was an effect of his metabolism becoming more balanced following the rise of his PMP.

The last time I visited Los Angeles, my former client invited me to her health club. Susan was seventy-six years old, fit, and muscular. She had been experiencing breathing difficulties for seventy-two years, living in terror of dying at any moment. She believed that any of her suffocation attacks, which typically arose without warning, could terminate her existence. I used to live on an active volcano, she said, referring to this period of her life. Four years ago, Susan took the Breathing Normalization course, which ceased her I cannot breathe! nightmares. Her chosen technique for maintaining a sizeable level of CO2 became physical activity; she has been exercising 8-12 hours a week.

When we arrived at her fitness club, Susan and I entered a semi-dark room with stationary bicycles glimmering around a small stage, where a fitness instructor, a blond middle-aged woman, was warming up rotating the pedals. I climbed on a bike. Its seat was too elevated for my height; I tried to adjust it but it did not move. The teacher jumped off her bike and zoomed over to help. I glanced at her face and arms – her skin looked unusually lifeless. She must be hyperventilating to a high degree, I assumed, knowing that over-breathing can be malignant to the skin.

Our class began, and soon the participants (mostly women in their sixties and seventies) dropped their jaws and switched to labored breathing. Susan, a young Asian man, and I were the only ones who kept our lips shut. The instructor was pedaling passionately, at the same time talking loudly and gasping for air.

Push, push, push — is your mantra for this morning! She proclaimed, her voice overriding the rock music.

Susan looked at me, rolled her eyes, sniffled, and slowed down cycling. She was mindful of the limitations of her nasal breathing. I felt horrible observing other women damaging their health. Watching the teacher like a hawk, I wished she would do something to correct her trainees’ breathing. And she did:

You are not breathing hard enough! She bellowed. Take big, deep breaths! Bi-i-g! De-e-ep! I haven’t even seen you out of breath yet. Push! Push! Push!

By the end of the class, the goal was achieved – most participants were breathing like agonizing bulldogs. Good job! The coach concluded. I contemplated: If the participants had measured their PMPs, their numbers would reveal a high degree of health damage caused by this training; in health clubs, people do exercise themselves to death.

According to the New York Post article based on the findings revealed by the Mayo Clinic Proceedings journal, Too much exercise can kill you. This study showed that white men who work out at least 7½ hours a week are nearly twice as likely to suffer from heart disease as those who do a moderate amount. Here is a quote from another article from The Washington Post, Health & Science section: There’s little doubt that when a person exercises vigorously, hard enough to raise the pulse and respiratory rates, he or she has a transiently higher risk of sudden death than when sitting at rest. For joggers in Rhode Island from 1975 to 1980, it was one death for every 792,000 hours of exercise. In a chain of health clubs with 3 million members, it was one death for every 2.57 million workouts. A study of 10.9 million participants in half and full marathons over a 10-year period found one cardiac arrest for every 200,000 participants.

Why do people die exercising? Why do fitness activities worsen their health? According to Dr. Buteyko, the leading cause is over-breathing, resulting in a significant loss of CO2. Be aware of this ratio: CO2 decreases, symptoms increase; CO2 becomes zero, a person dies.