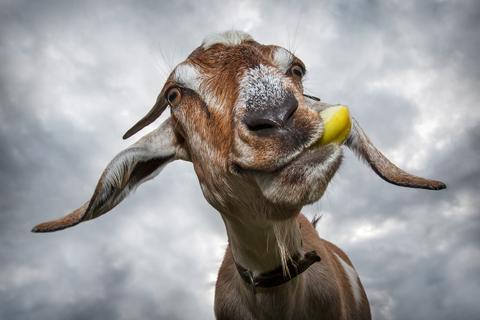 Why Chewing Well Is Important?

Watching my pooches processing foods astonishes me. Ruff and Foxy gulp raw beefsteaks at the speed of light but chew bits of apple for several minutes. They are a great visual aid for Dr. Buteyko‘s thoughts on how to eat. Contrary to a common belief, he determined that the human body requires more time to condition plant-based food compared to animal-based. Observe the cattle, he suggested, they masticate grass the whole day long! This is terrible news for vegetable-lovers: we not only have to work harder scrubbing and cooking vegetables, but also chewing them. It would be so much easier to swallow a hot dog!

I noticed that when I take my time to chew my food (whether vegan or not), I minimize its adverse effect on my breathing; besides, I eat less because it sates my appetite faster. When I mentioned this observation to my student in Germany, he asked, Have you heard about Fletcher? I had not. When I followed his recommendations, – he shared, – I lost 40 pounds without changing my diet. Check it out! After our session, I conducted research. According to Wikipedia, Horace Fletcher (1849-1919) was an American health food enthusiast who earned the nickname “The Great Masticator” by arguing that food should be chewed about 100 times per minute before being swallowed: “Nature will castigate those who don’t masticate.” In his book, How I Became Young At Sixty, Fletcher described that chewing well stopped many of his health issues, helped him to lose weight and gain enormous strength, which was tested by Yale University. Together with the young college athletes, he participated in vigorous tests of strength and endurance and won them. Promoting his theories of how to gain health by chewing food better, he became a millionaire. I believe the work of this Great Masticator deserves some attention: arguably, it is the simplest and most natural way to lose weight – all it requires is patience.

Do you breathe through your nose or mouth while eating? I first heard this question from Cathy, a natural chef who became certified as a Breathing Normalization Specialist. When in 2009, Cathy called the Breathing Center, her asthma was vicious: it confronted her every time she tried to leave her house. She lived only forty minutes away from the Breathing Center’s office and yet, it was a great relief for her to find out that she can take classes online staying in her bed. Reduced nasal breathing literally breathed life into her making her able to work, drive her daughters, and hike with her husband and friends. A few years later, giving a talk to Buteyko practitioners, Cathy mentioned that she was shocked to notice how much air she was swallowing through her mouth during her meals. It took her a while to retrain herself.

Why is it essential to practice nasal breathing while eating? Because the nose is the organ for respiration! Remember, Dr. Buteyko jokingly suggested: breathe through your mouth as often as you eat through your nose. When we breathe through the mouth, the body perceives the situation as fight-or-flight, which increases the tendency to seek love and peace in the wrong places. Mouth-breathers fancy the ice cream flavors “Don’t be sad” and “You deserve better.”

I encourage my students to measure their Positive Maximum Pause before and after a meal to evaluate its result on their health. According to Dr. Buteyko, even the most nutritious meal can be detrimental to our health if it significantly reduces the level of CO2. Eating less, eating lighter foods and being semi-hungry (in addition to controlling your breathing) create a foundation for a higher level of CO2. You might work hard generating CO2 by doing breathing exercises but then lose all your gain within one dinner. The solution is to become like Cathy – parsimonious and watchful for any lavish spendings of CO2.