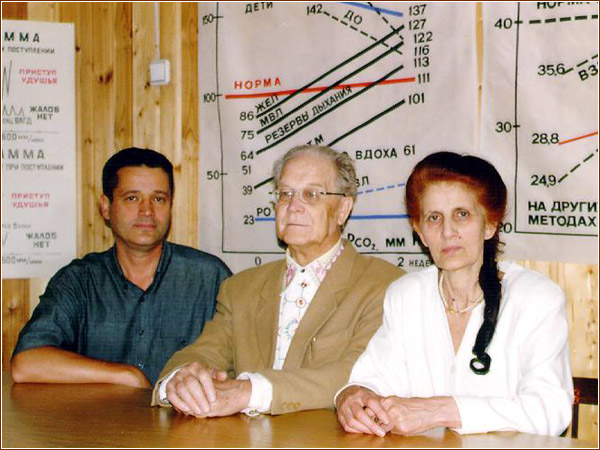 Have you increased your level of carbon dioxide drastically but in some ways it worsened your health? Have you been applying the Buteyko Method diligently, yet your Positive Maximum Pause is still below 60 seconds? Or are you a health practitioner who is puzzled by the question of why holistic modalities sometimes weaken people’s health?

If you answered yes to any of these questions, this course is for you!

Dr. Buteyko discovered and described the group of major obstacles, which he called Chroniosepsis, and left us his clear recommendations on how to overcome them. Since 2009, Sasha Yakovleva, Advanced Buteyko Specialist has been teaching about the 2nd Discovery of Dr. Buteyko, helping individuals to remove these obstacles and improve their overall health.

Sasha began teaching on this topic following the request of Ludmila Buteyko and Dr. Novozhilov because according to them she became a real victim of Chroniosepsis and had to share her experience with others. Within the first six months of applying the Buteyko Method, Sasha increased her Positive Maximum Pause significantly. As a result, she was able to overcome her primarily health problems; however, the new issues such as sore throat, digestive problems, irritation, fatigue, and others gradually began building up. For two years, Sasha had been suffering from Chroniosepsis feeling progressively worse until she became almost disabled. Then, following Dr. Buteyko’s recommendations, she was able to overcome them.

For most people, it is impossible to achieve the level of optimal health without understanding the second discovery of Dr. Buteyko. For the first time, these teachings will be available in a group setting this March.

Don’t miss this chance to learn about the key discovery of K.P. Buteyko MD-PhD from a reliable source. Watch the video course about Chroniosepsis.