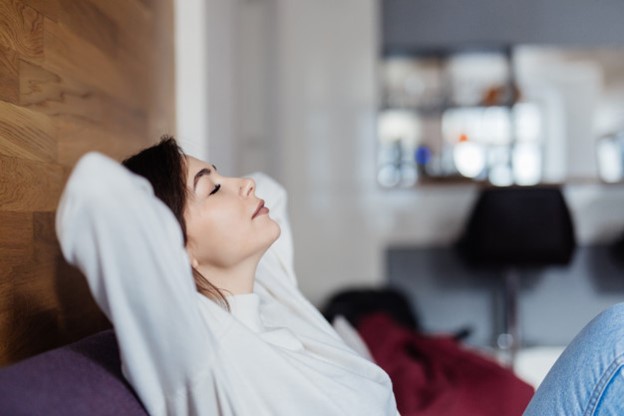 Over the years, people have started to pay close attention to the correlation between air quality and respiratory health.

According to research, air pollution can wreak havoc on an individual’s lung development capacity and overall health. It puts them at a greater risk of developing asthma, emphysema, and chronic obstructive pulmonary disease (COPD), among a wide range of other respiratory illnesses.

As the focus on air quality comes to the forefront, there has been a concurrent focus on breathing patterns. While inhaling polluted air is detrimental to a person’s health, using the wrong breathing techniques can be just as critical. People who live in cities with an unhealthy air quality index (AQI) inadvertently damage their health in the long run. If they simultaneously develop unhealthy breathing patterns, the damage becomes more pronounced and severe.

As awareness around breathing techniques increases, the interest in detecting and correcting breathing abnormalities has increased. People are focused on protecting their respiratory health by a) improving the air quality in their homes, and b) using the right breathing patterns.

If you’re curious about how you can achieve the latter, we’ll cover all the bases in this article.

How to Detect Unhealthy Breathing Patterns

1. Do You Breathe Through Your Nose or Mouth?

In order to fix unhealthy breathing techniques, start by detecting any abnormalities. We strongly recommend introspecting and gauging whether you breathe through your nose or mouth. You won’t have an immediate answer at first. Take your time, and become more cognizant of the way you breathe.

For the first few days, set reminders so you can pay close attention to your breathing. Within a week of active observation, you’ll have a good grasp on whether you’re more prone to breathing through your nose or mouth. It’s possible that you sporadically alternate between the mouth and nose breathing. It’s also possible that you’re more reliant on one over the other. Once you have a concrete answer, move to the next strategy.

2. Do You Take Big, Deep Breaths from Time to Time?

After you’ve figured out whether you’re a mouth or nose breather, take some time to understand the type of breaths you take. Healthy individuals take regularly-paced and even breaths for the most part. However, they may rely on deep breathing from time to time.

As stated earlier, set reminders. At certain intervals throughout the day, pay close attention to the way you breathe. By the end of the week, you’ll understand how often you take long, deep breaths, if at all.

What Am I Doing Wrong?

Once you’ve completed these two detection processes, you’ll have a set of answers that reflect your breathing patterns.

Let’s start with the first one. Are you a nose breather or a mouth breather? If you’re more prone to breathing through your mouth, you’re inadvertently damaging your respiratory health.

Mouth breathing disturbs the body’s oxygen and carbon dioxide equilibrium. It results in over-breathing, which increases the risk of developing asthma and other respiratory diseases. If you already have a preexisting health condition, your symptoms may exacerbate.

Recommended Video: Does Breathing Through The Nose Help With Anxiety And Panic Attacks?

Instead, nose breathing restores the natural breathing rhythm and balance that your body needs to stay healthy. The nose also acts as an intricate air filter by clearing the air of any dust particles, pollutants, or bacteria. In addition, it warms and moistens the air to prevent damage to the delicate tissues that constitute the respiratory system.

Let’s move on to the second question. Are you prone to taking long, deep breaths from time to time? If you answered this question in the affirmative, you’ll have to make some adjustments to your breathing style.

According to research, deep breathing exercises impair blood flow to the brain. As a person temporarily over-breathes/hyperventilates, they may experience shortness of breath triggered by abnormal pH changes.

How to Correct Unhealthy Breathing Patterns

The Buteyko Breathing Method is a safe, effective, medication-free, and healthy alternative to improper breathing. The alternative holistic approach relies on balanced, natural, even, and steady nose breathing. Consequently, it helps improve respiratory health and other health challenges that are triggered by over-breathing.

By using Buteyko Breathing Techniques, people can restore their breathing, and normalize the oxygen and carbon dioxide equilibrium in the body. If you’re new to Buteyko Breathing, we recommend getting in touch with a Buteyko Breathing Specialist. They’ll create a program that addresses your health concerns, and undo the damage caused by years of mouth breathing and deep breathing.

Check out the following resources:

Our website is also replete with additional video and audio courses, and books. For personalized help, look into our individual programs.